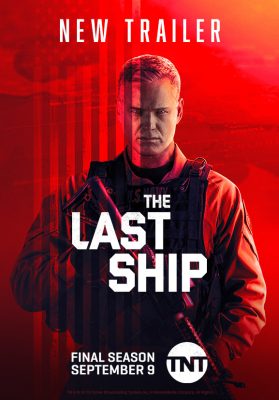 Now that the most pressing danger has been thwarted, the United States faces a new threat – invasion!

The final season of The Last Ship premiere on TNT on September 9th.

TNT is revealing The Last Ship’s new, action-packed long-form trailer. The Last Ship will complete its mission when the show returns for its fifth and final season on Sunday, Sept. 9, at 9 p.m.

Eric Dane (Grey’s Anatomy), Bridget Regan (Agent Carter) and Adam Baldwin (Firefly, Chuck) star in this explosive series chronicling the aftermath of a global catastrophe that nearly decimated the world’s population. This season, the world is finally recovering from the deadly virus that devastated the population, but global political unrest remains.