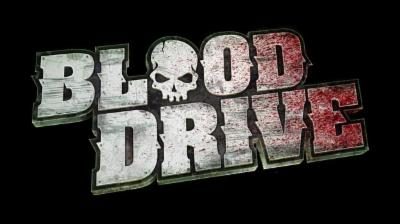 Blood Drive, Syfy’s new high-octane series is ‘set in a near-apocalyptic future’ and ‘centers around LA’s last good cop who is forced to join a twisted, gory cross-country death race.’

Syfy has just released the first trailer and it is definitely something to behold – promising cannibals, monsters and more.

In the Grindhouse-infected future of 1999, Arthur Bailey is the last good cop among a horde of corrupt officials. He’s about to get caught up in a race where the cars run on human blood and failure means your head explodes. Coming June 14.

About Blood Drive: Los Angeles in the near future: where water is a scarce as oil, and climate change keeps the temperature at a cool 115 in the shade. It’s a place where crime is so rampant that only the worst violence is punished, and where Arthur Bailey — the city’s last good cop — runs afoul of the dirtiest and meanest underground car rally in the world: Blood Drive. The master of ceremonies is a vaudevillian nightmare, the drivers are homicidal deviants, and the cars run on human blood. Buckle Up, Lube Up and prepare for everything you know about Cable Television to Blow up!