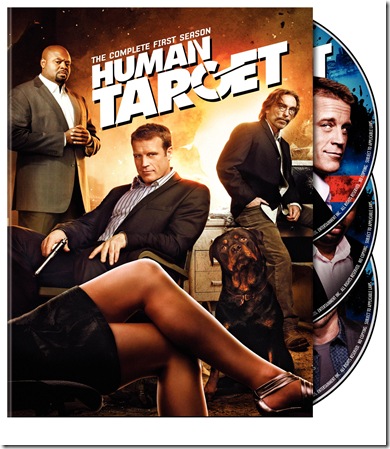 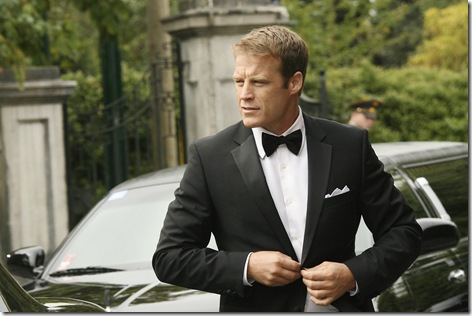 He’s a guardian. Not an angel.

Mark Valley plays Christopher Chance in Human Target and he definitely has the whole ‘James Bond’ vibe going for him. He is ruggedly handsome, a graduate of West Point and a veteran of Desert Storm. Not to mention he has the kind of athletic build any action hero needs to come across as authentic. It’s no wonder the producers cast him in the role of Christopher Chance for the series. For me, Mark Valley’s background as a real military man and his education at West Point, served to make Human Target and Christopher Chance interesting to watch. What the writers might have lacked in the understanding of the concepts of war and action, Valley more than made up for with his own experiences from which to draw.

Human Target: The Complete First season has one really stand out special feature that delves into how the cast came together and how each actor in the role helped in the evolution of the storylines in the series. The special feature is titled, Human Target: Confidential Informant – From Page to Screen with Cast and Creators.

One thing about Human Target is they know they are an action series and when they have a big action sequence, they do it up right. This is one of the things that makes the series worth watching and keeps viewers on the edge of their seat. Any given episode of Human Target is really like a small screen version of a big screen action movie! One of the other special features on Human Target: The Complete First Season that I liked deals with this important aspect of the series. The special Feature is titled, Human Target: Full Contact-What it Takes to Unleash All That On-Screen Action. I can tell you I came away with a real appreciation of everyone involved in bring the action to screen.

Human Target is a likable series that delivers on the action and adventure and anyone who enjoyed the first season, should really make sure to add Human Target: The Complete First Season to their library of in-home entertainment.

DVD and Episode Quality – A

Check out The Human Target: The Complete First Season official website to get your copy of season one on DVD and then check out the official Human Target website at FOX  to catch all the latest news about season two of Human Target.