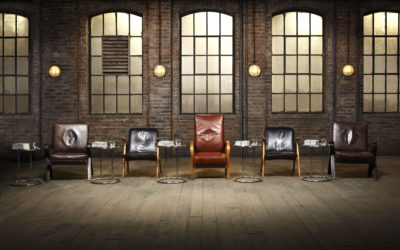 Dragon’s Den, the British equivalent of Shark Tank, is being brought to American television by BBC America.

Seasons 11-13 will be available on the network beginning with the Season 11 premiere which will debut here on Wednesday, August 3rd (9/8C). Follow the jump for more details – and the trailer.

New York, NY – August 1, 2016 – BBC AMERICA announced today that hit UK series Dragons’ Den will air on the network beginning August 3rd at 9/8c.  The seminal Japanese format is a worldwide sensation, inspiring hit series in the UK, US and several other countries around the globe.  In Dragons’ Den, entrepreneurs pitch for investment from the Dragons, five venture capitalists willing to invest their own money in exchange for equity. Across fifteen hour-long episodes this season, three new multi-millionaires are ready to breathe fire into the Den.  Fashion tycoon Touker Suleyman, serial restauranteur Sarah Willingham and online pioneer Nick Jenkins take their seats alongside formidable business giants Deborah Meaden and Peter Jones.

Sarah Barnett, BBC AMERICA President, commented, “There’s a great reason why this franchise is such a global phenomenon: the show has excitement, fun, and a high degree of competitiveness along with the universally shared emotion of cheering for the underdog.    We think Dragons’ Den will be a terrific addition to our line-up at BBCA.”

Seasons 11, 12 and 13 will now be available on BBC AMERICA beginning with the premiere of Season 13 on August 3rd.

Upcoming premieres on BBC AMERICA include Dirk Gently’s Holistic Detective Agency on October 22nd, Undercover on November 17th, The Living and the Dead in Fall 2016, and Planet Earth II coming in Winter 2017.  The network recently announced development projects from high-profile talent including Amy Poehler, Natasha Lyonne, Neal Baer, and See-Saw Films, the producers of Top of the Lake, among others.