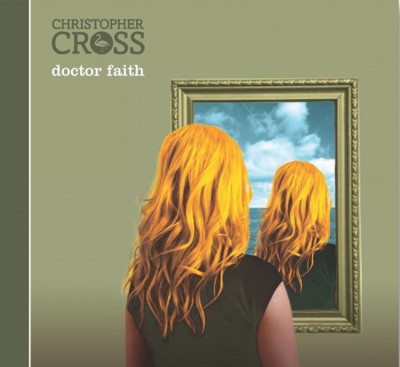 For those that haven’t heard of Christopher Cross, the press release has given a strong insight to this recording artist:

Thirty-one years, five Grammys and an Oscar later, Doctor Faith is a dramatic return. His songwriting has never been sharper, more observant. His singing is better than it’s ever been. The production, for the first time, is guitar-oriented, rather than keyboard-oriented. Michael McDonald is on hand to give voice to the title character. “This album not only feels like a new chapter to my career,” says Cross, “it feels like starting a whole new book.”

Cross has dedicated the album to Joni Mitchell “for a lifetime of inspiration.” Influenced by Mitchell’s idiosyncratic way with a lyric line, and the guts to delve deep, Cross, and long time songwriting partner Rob Meurer, have written some songs sure to be instant classics. Opener “Hey Kid” lays it all out:  optimistic yet cautious, forward-thinking yet imbued with a world-weary voice-of-experience, it sets the tone for such profundities as “I’m Too Old For This,” “Poor Man’s Ecstasy,” “Still I Resist” and the title track. One of the recurring themes of the album is the search for peace by making peace within one’s self.

Cross landed loud and large on the music scene in 1980, winning the Grammy for “Best New Artist.”  “Sailing” and “Arthur’s Theme (Best That You Can Do)” were both #1s, the latter co-written with Burt Bacharach, Carole Bayer Sager, and the late Peter Allen. Cross charted eight times between 1980 and 1983. He has eight albums to his credit, as well as a number of other packages. Through it all, he’s maintained his high level of excellence, also singing, writing and performing with other artists.–