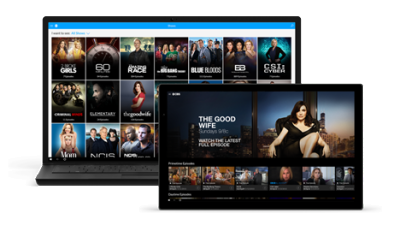 CBS All Access is now available for users of Windows 10 desktop and tablet devices through the CBS app.

The CBS All Access subscription service makes current primetime, daytime and late night programming available – as well as thousands of of episodes from CBS’ library and live streaming of CBS in over 95 markets. For further details, follow the jump.

For $5.99/Month, “CBS All Access” Delivers Full Seasons of Current Primetime, Plus Leading Daytime and Late Night CBS Shows, Thousands of Episodes from CBS’s Library of Classics, Plus Live-Streaming of Local CBS Stations in More Than 95 Markets

The service will also be available later this year on Windows 10 mobile phones as well as Xbox 360 and coming to Xbox One in early 2016.

For $5.99 a month, CBS All Access offers more than 7,500 on-demand episodes from the current season, previous seasons and classic shows on demand, as well as the ability to stream local CBS stations live in more than 95 markets, including New York, Los Angeles, San Francisco, Chicago and Philadelphia, with more to be added.

“We want our audiences to be able to watch CBS’s industry leading content live and on demand whenever and wherever they want,” said Rob Gelick, Senior Vice President and General Manager of Digital Platforms for CBS Interactive Entertainment. “Bringing CBS All Access to Windows 10 along with other Microsoft platforms in the near future gives fans of the CBS Television Network even more ways to watch their favorite shows.”

“We are excited to welcome the CBS All Access Windows 10 app to the Windows Store,” said Steven Guggenheimer, Microsoft Corporate Vice President and Chief Evangelist. “Our collective users will love instant access to all of their favorite CBS programs, when and where they want.”

CBS All Access subscribers can also use the service on their Android and iOS devices via the CBS App, online at CBS.com, through Chromecast, Roku players and Roku TV, and Android TV, with additional connected devices being added in the coming months.

Non-subscribers will continue to have access to recent episodes of CBS programming through the CBS App. Full Episodes will be available the day after the shows air on TV, with an eight-day delay on mobile devices for primetime series only.

To view a video introduction to CBS All Access visit: http://www.cbs.com/allaccess

To learn more about the CBS App for Windows 10 visit: http://www.cbs.com/mobile