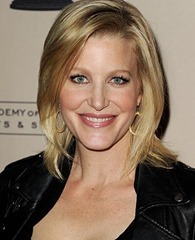 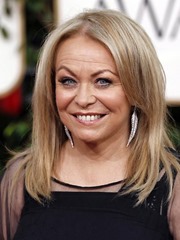 Gunn, who won an Emmy Award this year for her role as “Skyler White” on “Breaking Bad,” will play Detective ELLIE MILLER, a happily married wife and mother who is looking forward to a promised promotion. When the job goes to outsider Detective EMMETT CARVER (Tennant), Ellie is disgruntled – but her disappointment quickly fades in light of tragedy, and she must work her very first murder case with her prickly new partner. As the case progresses, she’ll have to look at her hometown, and those she cares about, through a different prism.

Weaver has been cast as SUSAN WRIGHT, a glowering, mysterious woman who is new to town and lives in the RV park, alone with her dog. She works various cleaning and odd jobs and prefers to remain anonymous, but has a dark history kept fiercely hidden.

Set in an American town, GRACEPOINT is the American version of the U.K.’s most-watched new drama of the year, “Broadchurch.” The gripping crime series follows the tragic and mysterious death of a young boy found dead on an idyllic beach surrounded by rocks and a jutting cliff-face, from where he may have fallen. Although the cause of his death remains unsolved, the picturesque seaside town where the tragedy occurred is at the heart of a major police investigation and a nationwide media frenzy.

Anna Gunn has emerged as one of the most compelling actresses on both stage and screen, capping off a critically-acclaimed five-season run on the cable hit “Breaking Bad” with this year’s Emmy Award for Outstanding Supporting Actress in a Drama Series, for her portrayal of “Skyler White.” In 2004, Gunn landed her breakout television role, playing “Martha Bullock” on cable’s “Deadwood,” later receiving a Screen Actors Guild nomination for Best Ensemble Cast in 2006. Gunn’s other television credits include “The Practice,” “Six Feet Under,” “ER,” “Boston Legal,” “Law & Order” and “Seinfeld.” In film, Gunn was featured in “Nobody’s Baby,” with Gary Oldman and Mary Steenburgen; and “Enemy of the State,” opposite Jon Voight.

An Australian theater, film, and television actress, Weaver made her film debut in the United States with “The Five Year Engagement.” She received an Academy Award nomination for Best Supporting Actress in “The Silver Linings Playbook,” co-starring Jennifer Lawrence, Bradley Cooper and Robert De Niro. Her performance in the 2011 film “Animal Kingdom” garnered her Academy Award and Golden Globe Award nominations. Weaver currently can be seen in “Parkland,” with Paul Giamatti, Marcia Gay Harden and Zac Efron. She will next be seen in Woody Allen’s “Magic in the Moonlight” with Colin Firth and Emma Stone, “Six Dance Lessons in Six Weeks,” with Gena Rowlands and Julian Sands, “The Voices” with Anna Kendrik and Ryan Reynolds, and “Reclaim” with John Cusack and Ryan Phillipe.

Produced by Shine America in association with Kudos and Imaginary Friends, GRACEPOINT is scheduled to begin filming in January, for broadcast during the 2014-2015 season. The gripping crime series will be executive-produced by the original series’ creator, Chris Chibnall (“Dr. Who,” “Camelot”), with Shine America’s Carolyn Bernstein (“The Bridge”), Kudos’ Jane Featherstone (“The Hour,” “Utopia”), Dan Futterman (“Capote,” “In Treatment”) and Anya Epstein (“In Treatment,” “Homicide”). Futterman and Epstein will serve as showrunners. Chibnall will write the premiere episode and James Strong (“Broadchurch,” “Downton Abbey”) is signed on to direct. The series will be distributed by Shine International.