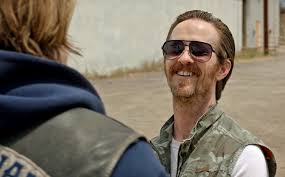 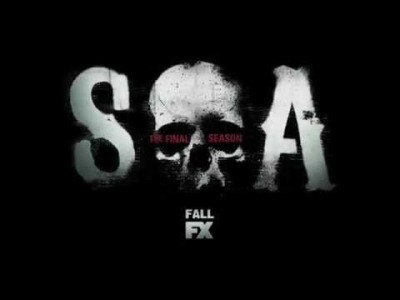 Brad Carter was born in Fort Worth, TX and raised in Macon, GA.  A gifted musician, he did drama in high school but didn’t make the leap to LA until his late 20’s.  His impressive resume includes roles on “True Detective”, “It’s Always Sunny In Philadelphia,” “Justified”, “True Blood”, “Criminal Minds,” “Castle,” “New Girl,” “The Mentalist,” “Longmire” and “Perception.” From his early start in comedy to the darker, dramatic roles, Brad continues to wow audiences.

Congratulations on Season 7 of “Sons Of Anarchy”! Tell us about your role of Leland.

Brad:  I’m in episodes 4, 6 and 10. I am basically an Arian brotherhood boots on the ground kind of soldier. There is a character played by Marilyn Manson.  He plays the shot caller in prison. He deals with the character of Jax. Everything he decides, I okay on the outside. I make sure everything is good.

You are the right hand person of his character?

How did you get involved?

Brad:  One of the very first tv things I did was “It’s Always Sunny in Philadelphia”.   It was a small role at the time. People always remember that character. I literally had one line. It’s funny because I was working on a movie in Boston recently and I went to a Red Sox game. Somebody who knows everything about “Sunny In Philadelphia” got excited because he remembered me from 8 years ago.

A lot of casting is a the right time and right look. I’m having a good year after doing “True Detective”, so it’s given me momentum for other roles.

I’ve learned over and over again that there’s no role that’s too small. To start with, that is what you’re going to get. Those kind of roles lead to better roles. I used to get down about dying on everything I did. I can never recur if I die. It was a joke with my family. “When do you die?” I always played the guy who died. I played a guy named John McIntyre with Johnny Depp on “Black Mass”. They torture and kill him. It’s brutal. But that kind of death is good if Johnny Depp is killing you.

Brad:  There’s only 13 episodes with “Sons Of Anarchy” so something’s going to happen. Since this is the last season, just assume s**** hits the fan with a lot of people.

Were there challenges in preparing for this role?

Brad:  In real life, I’m a nice guy. Portraying guys like this let’s me play against that. I guess that’s why I do it. My mother says, “Why can’t you just play a nice boy?” She’s 70 years old. She can’t watch anything I do because “something terrible is going to happen to me”. I have the kind of face you want to punch I guess.

How did you get involved in acting?

Brad:  I’m 40 now. I didn’t make the move to LA to start acting until I was 29. Ever since I was young I wanted to be an actor or rock star. There no one to tell me how to do it. I didn’t know how someone went from being a regular person to being on tv. I did a little drama in high school and community college. I didn’t really feel like a fit in so I went to art school instead. I always wanted to do it. I just didn’t know how.

Now I know there is no right way. It took me a while. I played guitar to make money in college and after I graduated. Finally one day, I saw the story of Phil Hartman. He was 27 and a graphic artist and an adult with a job. Someone took him to a Groundlings improv show in Hollywood. That is the start of the Phil Hartman we know. That lit a fire in me. I was 27. It took me a year and a half playing music in bars to save up $1200 and move to LA. I went to the Groundlings for a little while. I found I wasn’t too good at improv games and I moved on, but it definitely got me started. No two people do it the same.

So Phil Hartman was an inspiration for how you got into acting?

Brad:  Yes. Phil Hartman was the catalyst to why I moved to LA and began acting at such a late age.

Tell us about the brain surgery.

Brad:  I was planning on never talking about it. I was worried how it would affect my career. I didn’t want to be judged if I could perform or not. It was depressing and gave me anxiety. The hospital asked if I would mind if they could film it for the web site, so people could watch it and know what’s involved with the surgery. They asked if they could twitter it and put it on “Vine”. I thought it was cool because my family could watch from Georgia. Never did I know it would be so worldwide. If you google guy plays guitar brain surgery, there are 20 million articles and videos that pop up. It’s insane. It works out to 600 million views. Instead of what I thought might happen, I got support. I get mail from people all over the world who thank me for sharing. 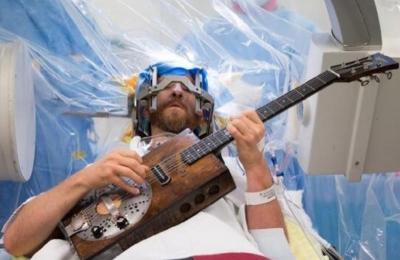 How have your tremors been since then?

Brad:  It’s not a cure, but it definitely helps.  It’s not perfect. It’s a progressive disease. For right now, my only goal is to keep working as an actor and play guitar.

It gave me a second chance. I’ve been given a second chance to make the record I never got to make. Who knows? There’s nothing like hearing, “You are going to lose these skills” to light a fire under your ass to use them.  The first surgery didn’t get the kind of results we had hoped for, so four months later I had same exact surgery. I was so broken hearted to have to do it twice. But I’m so happy I did it.

People who are searching for answers about Essential Tremor and Deep Brain Stimulation usually find me.  When people ask me if I was afraid, I say “why would you let fear of brain surgery keep you from having a better quality of life?” Embrace it.   How often do you get to actively participate in your own surgery? You have to speak. You have to draw. It’s scary, but it came out fine. I’m an artist so I need to use my hands. I need to do whatever I can, but I’m more scared of having a disease that interferes with my life.

Do you have any upcoming projects?

Brad:  “Ascension” is a show I’m excited about. It premiers December 15th on SyFy.  It’s going to be a mini series. I hope people will watch it. It a show for everybody. It’s a very realistic look at what if you shot 600 people into a space in a spaceship. They got launched in 1963 to prolong the human race in case we all died or annihilated each other with nuclear arms. 600 people were sent on a ship the size of the Empire State Building towards a planet.  It is on a  hundred year journey.

Now it’s 2014, and these people have been in space 50 years.  So you have the kids and grandkids of the original volunteers. They’ve never been on earth. It’s a traveling time capsule. There’s no technology beyond 1963. It forces them to create technology on the ship. There are 80 levels. The further down, you have the working class. They are disgruntled. They have no control over their destiny. There is a class struggle of who wants to do this mission and who doesn’t . I’m very excited about it.

I’m currently in Calgary right now working on “The Revenant”  with Leonardo DiCaprio. Then I’m flying out to Mississippi to work on a film with Faith Hill called “Dixieland”.

Are there any things SOA viewers can look forward to?

Brad:  I’ve been instructed not to say anything past what has already aired. This is the last season. Expect stuff to get brutal. 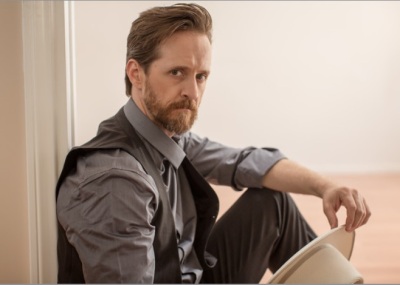 You can catch “Sons Of Anarchy” on Tuesdays, 10pm on FX!

Keep in touch with Brad and preorder his album via paypal on his website! 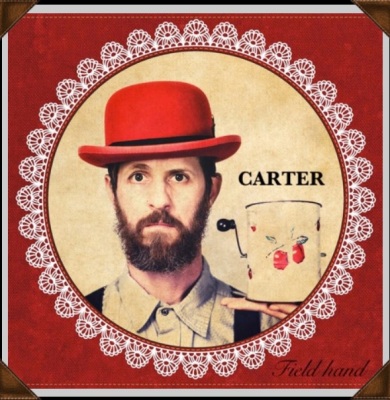