This is one bizarre, bombastic, brilliant film. It skewers pretty much all things entertainment: superhero movies, egocentric actors, actors’ insecurities and motivations, Method, Broadway, Broadway critics, all manner of side effects of being in the business (absentee parents, neurotic kids…) – and yet, it is curiously uplifting and frequently its blackest of black humor is gut-wrenchingly hilarious.

Keaton is superb – not just because he did a couple of Batman movies in the eighties, but because he’s a great actor in a role that allows him to be one without being precious or cautious. His Thomson is trying to earn respectability by adapting a Raymond Carver short story – What We Talk About When We Talk About Love – as a Broadway play which he is directing and also stars in. 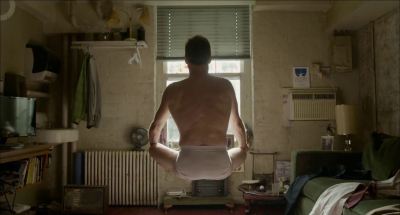 When we first see him, he’s meditating – three feet above the floor of his dingy dressing room. Right away, we get the sense that the camera might not be the most reliable narrator – a sense that grows throughout the film and see Thomson walk along a street that goes from being normal to a pitched, superheroic battleground.

What we know for sure is that Thomson starred in the three Birdman movies in the eighties and is running out of time, money and sanity as he tries to mount his Broadway play. His manager, Jake (Zach Galifianakis), is doing his best to keep him on track – finding a last minute replacement for an actor Thomson has fired; running errands and generally keeping the production from going under even before it begins previews. Galifianakis, it should be noted, doesn’t get one joke in the movie and is uniformly brilliant throughout.

Edward Norton overwhelms as the egotistical replacement, a Broadway legend named Mike, who brings talent to match his ego and an intensity to make things real that has him changing Thomson’s script, making a play for Thomson’s daughter (Emma Stone, never better) and screwing up the first night of previews when his character’s booze is just water.

Stone, as Thomson’s daughter Sam, is raw nerve endings on broken glass – Sam is fresh out of rehab and Thomsen has hired her as his assistant in an attempt to start making up for being a crap father. It’s not working. 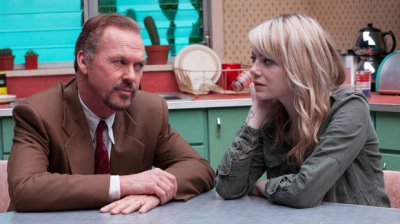 Naomi Watts plays Lesley, an actor about to get her big break after years of near misses and is vulnerable as we’ve ever seen her. Her stance is more why can’t we just get long than WTF?

Birdman skewers Hollywood and Broadway in equal measure – playing Thomson’s superhero movie past as a huge negative and his attempt to legitimize himself on Broadway as the desperate last move of a man to gain some respect for his craft – a craft he undertook after he got a positive note from Raymond Carver after a high school production.

If the film is any indication, putting together even a minor Broadway play is a drawn out, tortuous thing that should only be undertaken by madmen – which is how we come to see Thomson.

Even – or maybe especially – Broadway critics come under fire. Lindsay Duncan is superb as the critic whom Thomson confronts in a bar and informs him she’s going to close his play6 without ever having seen it. The confrontation turns into a debate on the merits of acting and criticism disguised as personal attacks. There are undoubtedly actors and critics who have thought these things but very few who would ever dare to actually say them – in a way it’s a cathartic moment for both the Thomson and the film. 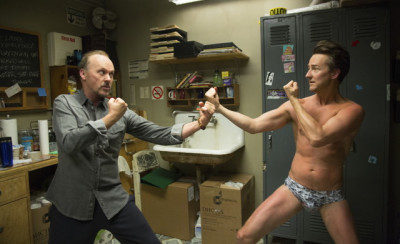 The big question is will this play to either a film or a Broadway audience? But there are others: Will it reach either audience? Both? Neither? Will the play ever be performed? Is Thomson as bonkers as we come to think he is?

You would think that a film written by a multitude would be awful – usually that would mean rewrites on rewrites on rewrites. Here, though, Iñárritu and co-writers Nicolás Giacobone, Alexander Dinelaris, and Armando Bo have forged a genuine collaboration. They worked together on the script from beginning to end and bounced ideas of each other like Birdman takes down heavy artillery.

Between a script that moves from real to superheroic and into fable – all while simulating a single take – Birdman tells us that everything is real and everything is fiction, depending on the point of view of the viewer. It also inspires a quiet sense of wonder in the way that it never settles completely for either.