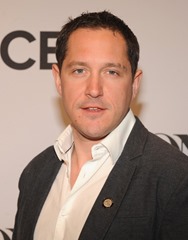 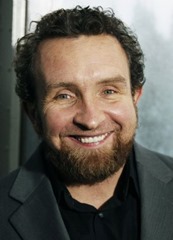 Filming of the seven-part series begins next week and will take place in Yorkshire, Canada and Croatia. Jonathan Strange and Mr. Norville will air as part of BBC America’s Supernatural Saturday.

New York – Thursday, October 24, 2013 – Eddie Marsan (Ray Donovan, The Worlds End) and Olivier award-winning Bertie Carvel (Restless, Matilda) have been cast in BBC AMERICA’s co-production, Jonathan Strange and Mr Norrell, based on the bestselling novel by Susanna Clarke and adapted by Peter Harness (Wallander, Is Anybody There?). The new seven-part drama series to premiere as part of the channel’s Supernatural Saturday.

The series is directed by Toby Haynes (The Musketeers, Doctor Who) and the producer is Nick Hirschkorn (Five Children and It). It is produced by Cuba Pictures (Boy A, Broken) for BBC One and co-produced with BBC AMERICA, in association with Feel Films, Far Moor, Screen Yorkshire and Bell Media’s SPACE. It will be distributed by Endemol Worldwide Distribution.

Set at the beginning of the 19th-century, England no longer believes in practical magic. The reclusive Mr Norrell (Marsan) of Hurtfew Abbey stuns the city of York when he causes the statues of York Cathedral to speak and move. With a little persuasion and help from his man of business Childermass (Cilenti), he goes to London to help the government in the war against Napoleon. It is there Norrell summons a fairy to bring Lady Pole (Englert) back from the dead, opening a whole can of worms…

Eddie Marsan, playing Mr Norrell, says: “I can’t wait to start playing Norrell in this terrific adaptation of Susanna Clarke’s novel, and to be working with such a cast of actors, many of whom I’ve admired for so long.”

Jonathan Strange (Carvel) is charming, rich and arrogant. While trying to secure his beloved Arabella’s (Riley) hand in marriage, he meets the magician of Threadneedle Street, Vinculus (Kaye), who tells him he is destined to be a great magician. A shaken and disturbed Strange initially dismisses the claims, but intrigue overcomes and in an attempt to find his occupation, he tries to practice magic…

Bertie Carvel, playing Jonathan Strange, says: “I read the book some years ago and was totally enchanted. I’ve been casting spells for the part of Strange ever since. It is a considerable surprise to find that some of them worked!”

Nick Marston, CEO of Cuba Pictures, says: “It has been a passion of ours for almost a decade to bring Susanna Clarke’s extraordinary novel to the screen. Now, thanks to the great support of the BBC, it is actually happening. Peter Harness has written a first-rate adaptation and Toby Haynes is ready to weave his magic from the director’s chair. There is a huge ambition from the whole team to do justice to Susanna’s work and to bring the book to a brand new audience.”

Filming starts next week and the series will be filmed in Yorkshire, Canada and Croatia.

Executive producers are Nick Marston, Tally Garner and Dixie Linder for Cuba Pictures, Justin Thomson-Glover and Patrick Irwin for Far Moor, and Matthew Read for the BBC. Danny Cohen, Director of Television, and Ben Stephenson, Controller of Drama Commissioning, commissioned the series for BBC One.

Jonathan Strange and Mr Norrell is part of BBC AMERICA’s slate of upcoming new dramas including original series Intruders, The Musketeers, Fleming: The Man Who Would Be Bond, Atlantis and the new film that tells the story of the genesis of Doctor Who, An Adventure in Space and Time.