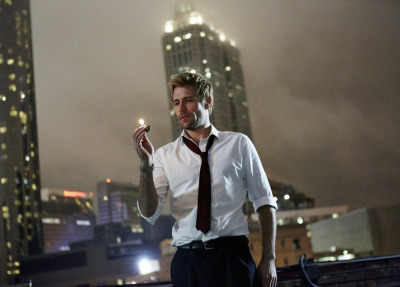 John Constantine is piece of mystical work. He’s rude, callous, and not quite the master of the mystic arts his card makes him out to be – though he still may be all that stands between us and Hell taking over the Earth.

In advance of the Constantine series premiere, NBC has released a look behind the scenes of it’s newest darkly magical series. Check it out after the jump. Constantine premieres Friday, October 24th (10/9C).