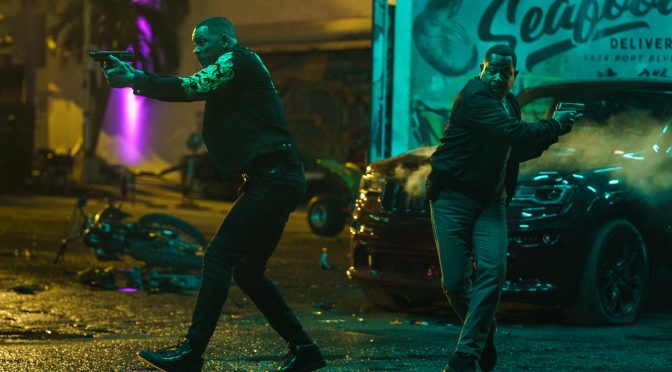 What you need to know: detectives Mike Lowery (Will Smith) and Marcus Barnett (Martin Lawrence) still have great chemistry – something that carries the movie through its overly complicated plot (an attempt to give the series continuity barely survives, but the Boys are alright).

While I’m not even going to attempt to summarise the plot, let’s just that some time around the events of the first film, Lowery did something that comes back to haunt – and that Burnett’s attempts to retire are thwarted by events now occurring because of that.

After a brief opening (in which Bad Boys director Michael Bay makes a brief, fun cameo), the movie cranks into high gear with the attempted murder of Detective Lowery (something that confirms to Burnett that, upon laying eyes on brand new granddaughter, retirement is the right thing to do).

After a string of murders – again related to the aforementioned events in Lowery’s past – come too close to both, Burnett unretires for one last case (and if you believe that…).

Throughout, the action is frantic and, occasionally, original; the banter is as mid-90s slick as ever, and directors El Arbi and Fallah land more genuinely affecting than anything in BBII.

It also helps that the cast is having a ridiculous amount of fun (kudos to Joe Pantoliano and the rest of the AMMO team – as well as Kate del Castillo (to say more would be… criminal).

To thoroughly enjoy Bad Boys for Life, all you have to do is put your brain on hold and let it all play out in front of you.