Entertainment News for The Rest of Us
Sheldon Wiebe
Television, TV-Tie-Ins 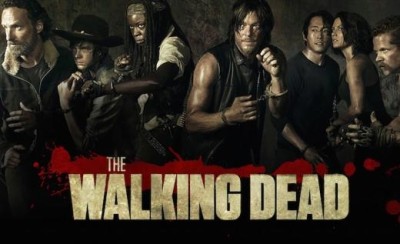 Fans can earn points for things they’re probably already doing (watching the show; posting comments and discussions online, etc.) through the rewards club, while the subscription box will be a quarterly box of exclusive TWD/FtWD-related, limited edition merchandise from the shows.

“Much has been written about the ‘Golden Age of Television,’ yet with more outlets for, and more consistent expressions of, passion for the content fan’s love, it has also become a ‘Golden Age of Fandom,’” said Charlie Collier, president of AMC, SundanceTV and AMC Studios. “Fans of ‘The Walking Dead’ and ‘Fear the Walking Dead’ are some of television’s most engaged, dedicated and passionate. They have been a North Star and the Fan Rewards Club and Subscription Box are two examples of extensions beyond the screen that were created based on their feedback.  We look forward to customizing these experiences for them long into the future.”

Superfans will see their devotion pay off when The Walking Dead Fan Rewards Club launches in early September. Once they join, fans will earn points toward virtual and actual goods for actions they are likely already doing.  Each time a fan interacts with “The Walking Dead” or “Fear the Walking Dead” from watching episodes on any platform, posting and sharing content with friends and/or creating fan fiction or fan art – they will earn points.  Those points can be redeemed for exclusive digital content, collectable items, limited-edition apparel and once-in-a-lifetime fan experiences with cast members, including a private set tour and lunch with cast members.

AMC will also be launching a quarterly subscription box where fans will receive exclusive, limited-edition merchandise that will only be available to subscribers. This special service will be $49.99 each quarter and fans can begin signing up in late September to ensure that the first delivery will hit homes timed to “The Walking Dead” season eight premiere this October.  There will be a limited quantity of the first subscription box available only to the first fans who sign up. Each box contains five to seven items – from t-shirts and action figures to pins and mugs. Fans will also be able to collect points through The Walking Dead Fan Rewards Club that can be used toward the subscription box.