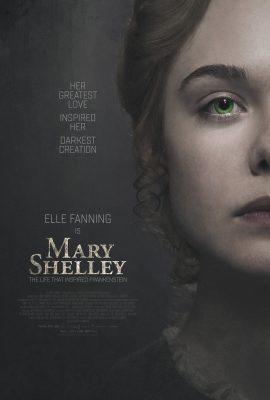 How did a teenager come to write Frankenstein – considered by many to the first science fiction novel?

Elle Fanning stars as Mary Shelley. The film will be in theaters June 1st. The very gothic trailer follows below.