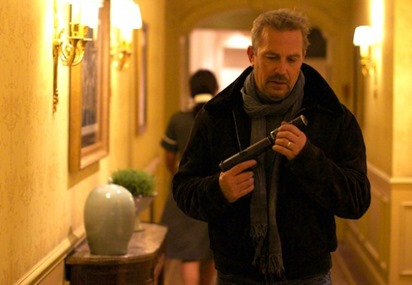 3 Days to Kill may be directed by McG, but at its heart, it’s the combination of heart and absurdity that has become the hallmark of Luc Besson, co-author of the script and one of the film’s producers. Sometimes that mix works (The Professional, La Femme Nikita, Fifth Element) and sometimes, not so much (The Messenger: The Story of Joan of Arc, Taken 2). Thanks to a stellar cast and McG’s energetic direction, 3 Days to Kill is great fun.

Full disclosure: I have a particular fondness/weakness for films that involve Luc Besson.

Ethan Renner (Kevin Costner) is a CIA cleaner. We see his work in a brief, fast-paced prologue before the opening credits. After completing his assignment, he passes out and awakens in a hospital where he is told he has cancer, inoperable and spreading and that he should ‘get your affairs in order. The CIA thanks you for your service.’ With two-to-five months left, he decides to go to Paris and try to get to know his daughter, Zooey (Hailee Steinfeld) before he dies.

Enter Amber Heard’s Vivi Delay, a well-placed CIA operative (assistant to the director, actually), who has been tasked with taking down The Wolf (Richard Sammel) and his right-hand man The Albino (Tómas Lemarquis). She chooses to enlist Renner to do the actual wetwork – bribing him with access to a new experimental drug that might – just might – help him. What’s he going to say – ‘I’d rather die slowly and in great pain?’ 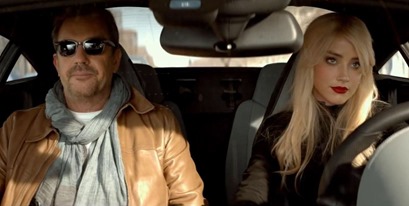 Of course, in order to see his daughter again, he’s had to promise his estranged wife, Christine (Connie Nielsen) that he’s quit – and when Vivi approaches him, after he’s made that promise, it puts him between the rock and the proverbial hard place.

As with any film Besson is part of, 3 Days to Kill doesn’t shy away from the violence. Blood will be spilt and people (a lot of people) will die. McG’s kinetic style brings fresh eyes to Besson-level violence. All the action scenes (fights, gunplay, car chases) are extremely well done and definitely produce the required adrenaline.

Where 3 Days differs from most Besson projects is in the firmly grounded in reality efforts by Renner to reconnect with his daughter, which is when the film really kicks into gear – because Zooey is very much a typical teenaged girl, a creature completely foreign to her dad.

Working with such an odd mix of heart and mayhem, McG succeeds partly on his skills as an action director and partly on the skills of his casting directors. Costner continues his re-emergence as a quality character actor with the role of Renner whom he makes scarily good at his job and profoundly scared by having to deal with his daughter. The Ethan/Zooey relationship is what keeps the film grounded.

Steinfeld makes Zooey so typical that she feels real – she worries about her hair; likes to get out and party; has a properly decent boyfriend, and is properly resentful of her dad’s intrusion into her life. It feels like she figures that her job is to freak her dad out. Steinfeld nails every emotional beat and has terrific chemistry with Costner, Jonas Bloquet (who plays Hugh, her boyfriend) and Nielsen. 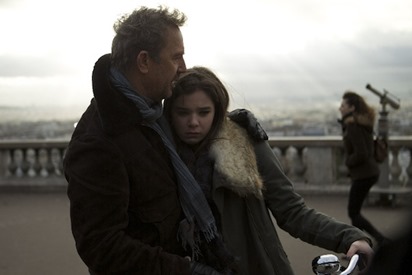 Completing the film’s grounding, Nielsen’s Christine is a confident, happy working mom who is also suspicious of Ethan, and Bloquet is a delight as decent guy Hugh – who is intimidated by his girlfriend’s dad but not so intimidated that he can’t talk with him about ‘real football.’

Then there’s the family of squatters who have taken over Renner’s apartment while he was away. Under French law, he can’t kick them out until spring – and they kind of worm their way into his heart, but not in the typical cornball way.

For absurdity, we begin with Vivi, who is the model of decorum at Langley, but turns into Bondian femme fatale in the field. Heard does this sort of thing very well. For her character to work, she has to have good chemistry with Costner, but we have to believe he’d resist her not so playful advances.

Continuing on in that vein, The Wolf and The Albino play eeeeeeeeviiiillll characters with no redeeming characteristics. They are efficient, ruthless and without qualms. They are cartoon characters; the villains from some kind of bad comic book. They exist primarily to show via contrast that Renner is a decent guy who has had to do bad things for a living – and to up the body count. They wouldn’t work anywhere but in a Besson project and McG manages them beautifully. Lemarquis and Sammel deliver.

The film also knows when to pay homage, too. For example, there’s a moment right out of The Bodyguard that really works, though you’ll miss it if you’re not paying attention.

If you go into 3 Days to Kill accepting that it will be a mix absurdity and heart, you’ll probably have a really good time.