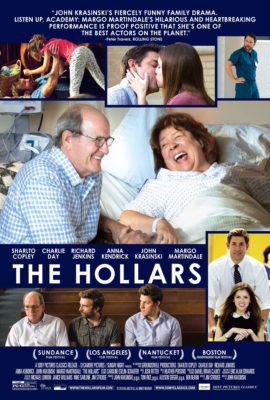 Sometimes – especially in the case of family dramedies – the best stuff is in the trailer. The new trailer for The Hollars could be on of those, but that would be a shame – the cast includes some of the most brilliant character actors of our time: Margo Martindale (Justified, The Americans), Richard Jenkins (Olive Kitteridge, Cabin in the Woods), Sharlto Copley (Powers, District 9), Anna Kendrick (Pitch Perfect, Into the Woods), John Krasinski (The Office, Promised Land), Mary Elizabeth Winstead (BrainDead, 10 Cloverfield Lane) and Randall Park (Fresh Off the Boat, The Interview).

Check out the first trailer after the jump. The Hollars opens in New York and Los Angeles on August 26th.