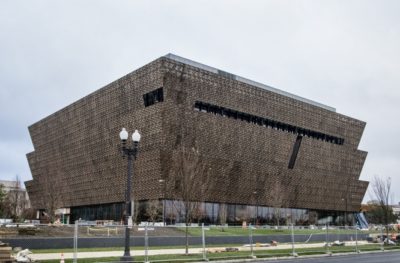 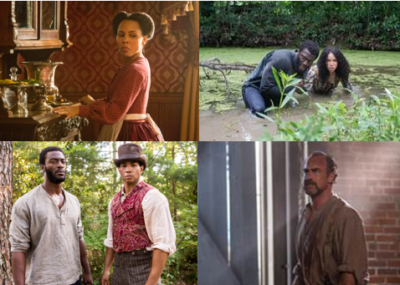 The Smithsonian’s National Museum of African American History and Culture will host a screening of the critically acclaimed original series “Underground,” Monday, Sept. 26, at 7 p.m. in the Oprah Winfrey Theater at the museum located at 1400 Constitution Avenue, Washington, D.C.  The series airs on WGN America and is produced by Sony Pictures Television.  “Underground” will be the inaugural public program presented at the museum following its historic grand opening and the first public program held in the Oprah Winfrey Theater.

WGN America’s “Underground,” which tells the story of valiant enslaved people who risked their lives to reach freedom on the Underground Railroad—points to one of the museum’s Inaugural Exhibitions, “Slavery and Freedom.”  The exhibition, in the museum’s History Galleries, explores the complex story standing at the core of the American experience.  Beginning in the 15th century with the transatlantic slave trade, through the Civil War and Emancipation Proclamation, the exhibition uses personal stories to explore the economic and political legacies of slavery for all Americans. Among the important artifacts on display are Harriet Tubman’s hymnal (c.1876); lace shawl (c.1897), given to her by Queen Victoria; and family photographs from her funeral.

Harriet Tubman, the Underground Railroad’s most famous conductor, will have a central role in season two of “Underground,” currently in production for an early 2017 premiere on WGN America.

“It is so fitting that we will be screening the critically acclaimed television series ‘Underground,’ which introduces Harriet Tubman,” said museum Director Lonnie Bunch. “The museum has a number of artifacts on display documenting the life and work of this iconic Underground Railroad operator, Civil War spy and suffragist.”

“‘Underground’ is a powerful series, one that speaks to our collective history in a way that deeply resonates with viewers, and it is a tremendous honor to be a part of this historic moment as the inaugural public program of the Smithsonian’s new National Museum of African American History and Culture,” said Matt Cherniss, President and General Manager, WGN America and Tribune Studios.

“To be included as the inaugural public program of the Smithsonian’s new National Museum of African American History and Culture is beyond an honor and speaks to the ground-breaking power and culturally significant impact that one television show can have,” added Zack Van Amburg and Jamie Erlicht, Presidents of Sony Pictures Television.

“Underground” sparked a nationwide conversation about the importance and meaning of freedom, and interest in learning more about the Underground Railroad.  The compelling drama has been honored with screenings at the White House, National Underground Railroad Freedom Center, National Civil Rights Museum, DuSable Museum of African American History and the Schomburg Center for Research in Black Culture, among other esteemed institutions. The series premiered among the top 10 cable dramas this broadcast TV season, was the #1 most discussed cable drama on social media each night it aired and made history as WGN America’s highest-rated original series.

The National Museum of African American History and Culture was established as the 19th Smithsonian museum by an Act of Congress through legislation signed into law by President George W. Bush in 2003. Groundbreaking occurred in 2012. The museum occupies a prime location in Washington, D.C., on the National Mall at the corner of Constitution Avenue at 14th Street, across from the Washington Monument. Opening Sept. 24, the nearly 400,000-square-foot museum will be the nation’s largest and most comprehensive cultural destination devoted exclusively to exploring, documenting and showcasing the African American experience.