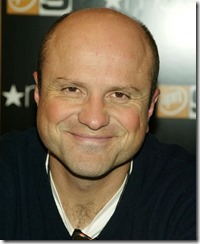 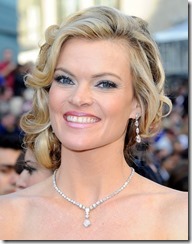 NEW YORK – May 7, 2013 – Enrico Colantoni (Mathesar) and Missi Pyle (Laliari), who lit up the Universe in the cult classic Galaxy Quest , will reunite as a deadly duo on Syfy’s hit series Warehouse 13 in the Monday, May 13 episode premiering at 10PM (ET/PT).

In this special black and white noir episode, Pete (Eddie McClintock) and Myka (Joanne Kelly) are pulled into a 1940s crime thriller complete with gangsters, molls and a hunt for a deadly artifact.  Pyle (Lily Abbot) and Colantoni (Antony Bishop) portray dangerous murder suspects with hidden agendas who snare Pete and Myka in their deadly crossfire.  The episode also features Pyle performing a new cover of the classic song After You’ve Gone.