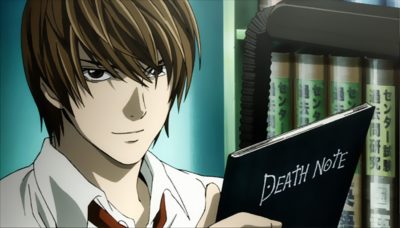 VIZ Media is teaming up with Tubi TV, a leader in streaming free movies and TV shows across North America, to deliver hot anime series like Death Note and Naruto across the continent.

All VIZ Media series will be the original Japanese cuts with English subtitles.

San Francisco, CA, July 21, 2016 – VIZ Media, LLC (VIZ Media), a premier company in the fields of publishing, animation distribution, and global entertainment licensing, has announced a partnership with Tubi TV, a leading provider of free movies and TV shows, to stream some of VIZ Media’s most popular anime titles to audiences across North America, including to legions of viewers based in Canada.

Based in San Francisco, CA, Tubi TV is the largest North American ad-supported provider of free streamed movies and TV shows. In addition to its own website (Tubitv.com), the Tubi TV app is accessible from platforms including Apple TV, Xbox One & Xbox 360, Amazon Fire TV, Roku, and Samsung televisions – in addition to iOS and Android mobile devices.

All VIZ Media content on Tubi TV is presented with original Japanese dialogue and features English subtitles. DEATH NOTE (37 episodes) as well as the full original NARUTO series (220 episodes) are now available for streaming in the U.S. and Canada on Tubi TV. In addition, fans in Canada may now catch the entire classic SAILOR MOON series (200 episodes) and Seasons 1 and 2 of SAILOR MOON CRYSTAL (26 episodes). Additional VIZ Media anime series and episodes will be added regularly. Please visit Tubitv.com or download the app for more details and to access the free episodes.

“VIZ Media has incredibly popular anime series and we are thrilled to stream these blockbusters for free to our passionate anime fans,” said Farhad Massoudi, CEO, Tubi TV.

“Tubi TV has built an extremely robust and interoperable platform that offers audiences a compelling alternative to traditional, paid content streaming services and we are very happy to partner with the service to give anime fans a whole new way to access some of the genre’s most legendary titles,” says Brian Ige, VIZ Media Vice President of Animation.

For additional information on these as well as other anime and manga titles distributed and published by VIZ Media, please visit www.VIZ.com.