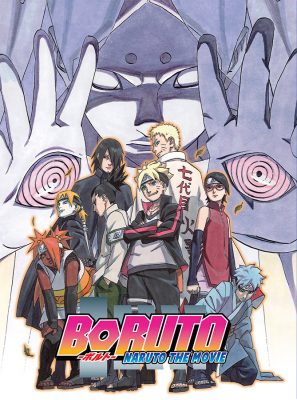 VIZ Media will give a special English dub of Boruto: Naruto The Movie its world premiere at Katsucon 2017 this weekend. Several members of the English voice cast will be appearing.

VIZ Media heads to Katsucon this coming weekend to participate in its first anime convention of 2017. VIZ Media will support the event with a pair of panel discussions and a very special BORUTO: NARUTO THE MOVIE English dub world premiere.

Join the VIZ Media crew to celebrate some of your favorite titles like NARUTO, ONE-PUNCH MAN, TOKYO GHOUL and SAILOR MOON. There might even be jokes and prizes!

Convention attendees should also be sure to check the Katsucon schedule of events for a special autograph session featuring these SAILOR MOON English voice actors!

Be among the very first to catch a special screening of the action-filled anime feature film based on the smash hit NARUTO anime and manga series created by Masashi Kishimoto. Special appearances will be made by the stellar English dub cast including Amanda Miller (Boruto), Cherami Leigh (Sarada), and Robbie Daymond (Mitsuki).

Join VIZ Media’s Charlene Ingram for a special live Q & A session with the cast prior to the screening!