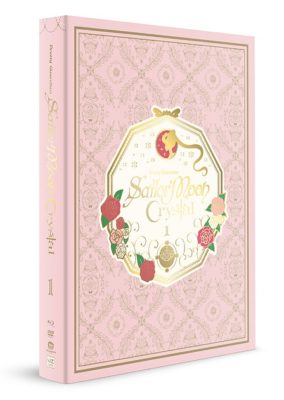 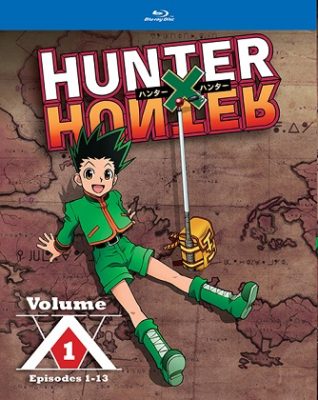 With the holidays nearly upon us, VIZ Media has made a list of possible ways to ensure that your anime fan has a cool Yule.

From Sailor Moon and Sailor Moon Crystal (above left) to Hunter X Hunter, and from Bleach (first time on Blu-ray) to Naruto, there are titles to delight anime fans of every age.

San Francisco, CA, December 2, 2016 – VIZ Media, LLC (VIZ Media), a premier company in the fields of publishing, animation distribution, and global entertainment licensing, offers audiences of all ages a diverse collection of anime titles to add to their wish lists this holiday season.

New and veteran anime fans are presented with home media releases of SAILOR MOON S, the riveting third season of the classic series, as well as the launch of the all–new SAILOR MOON CRYSTAL series. Both series will be released in Blu-ray and DVD formats and will be available as Standard and Limited Edition sets.

Additional fan-favorite releases available for the holidays include the debut of the BLEACH anime series on Blu-ray as well as the launch of the supernatural action/adventure series, HUNTER X HUNTER on Blu-ray & DVD. NARUTO fans can dive into the latest set of NARUTO SHIPPUDEN episodes that focus on Kakashi’s past in the ANBU Black Ops.

Fans of all ages can add some POKÉMON fun to their holiday celebrations with the home media releases of POKÉMON THE SERIES: X·Y KALOS QUEST DVD SET 2 and POKÉMON DIAMOND & PEARL MOVIE PACK, which contains four full-length feature films from the venerable adventure franchise in a deluxe steelbook edition.

As Season 3 of SAILOR MOON begins, Usagi’s friend Rei has been plagued by disturbing visions of the Apocalypse just as a new enemy appears in the city. The maniacal Professor Tomoe, leader of the Death Busters, has been targeting innocent citizens in a search for three special pure heart crystals. Usagi is prepared to confront this dangerous new foe, but two powerful new Sailor Guardians are already seeking the crystals and have no interest in working with Sailor Moon and the other Guardians. Where did they come from, and what is their plan for the talismans?

SAILOR MOON CRYSTAL retells the origins of Sailor Moon, the kindhearted crybaby destined to protect the world from dark forces. When the evil Queen Metalia and her Dark Kingdom threatens Earth, Sailor Moon and her fellow Sailor Guardians must find the only power capable of vanquishing this ancient evil – The Legendary Silver Crystal! But a mysterious man calling himself Tuxedo Mask is also after this sacred treasure. What is his connection to the Sailor Moon? And will the Sailor Guardians be able to find the Silver Crystal in time before the world falls into eternal darkness?

In the BLEACH anime series, for as long as he can remember, Ichigo Kurosaki has been able to see ghosts. But when he meets Rukia, a Soul Reaper who battles evil spirits known as Hollows, his life is changed forever. Now, with a newfound wealth of spiritual energy, Ichigo discovers his true calling— – to protect the world of the living and the dead as a Substitute Soul Reaper. When Rukia is taken away to face the ruthless justice of the Soul Society, Ichigo and his friends must cross over and do battle in the spirit world…

In the HUNTER X HUNTER anime series, abundant riches, hidden treasures, fearsome monsters, and exotic creatures are scattered around the world… Gon departs on a journey to become an elite Hunter who risks his life in search of the unknown. Along the way, he meets other applicants for the Hunter exam: Kurapika, Leorio, and Killua. Can Gon pass the rigorous challenges of the Hunter exam and become the best Hunter in the world!? His wild and epic journey is about to begin!!

In the latest episodes, years before he became Naruto’s teacher, Kakashi served as a member of the ANBU Black Ops team, where his ruthlessness earned him the nickname “Cold-blooded Kakashi.” But despite his reputation, he is haunted by the deaths of his closest friends during the Third Great Ninja War. As he wrestles with his loss, Kakashi must uncover who is behind illegal genetic experimentation, survive threats from within his own organization, escape capture at the hands of Orochimaru’s followers, and battle a young shinobi who possesses formidable and very rare Wood Style Jutsu. And after these trials, another young ninja joins his unit – Itachi Uchiha! DVD set features Episodes 349-361.

Anime for Fans of All Ages:

Ash and Pikachu, along with their traveling companions Serena, Clemont, and Bonnie, continue their journey through the Kalos region. Along the way, they encounter Sawyer, an analytical Trainer who develops a friendly rivalry with Ash. Serena keeps chasing her dream on the Pokémon Showcase stage, where she runs into the very competitive Miette – and their rivalry is somewhat less friendly! Our heroes’ other adventures include joining a fashion show, searching for a Legendary Pokémon with their friend Trevor from summer camp, hatching a Pokémon Egg, and of course, some exciting Gym battles! The 3-DVD set features Episodes 23-45.

This new four-pack Blu-ray Steelbook edition includes four full-length POKÉMON feature films including: POKÉMON: THE RISE OF DARKRAI, POKÉMON: GIRATINA AND THE SKY WARRIOR, POKÉMON: ARCEUS AND THE JEWEL OF LIFE, and POKÉMON—ZOROARK: MASTER OF ILLUSIONS.

For additional information on these and other anime titles published by VIZ Media, please visit www.VIZ.com.