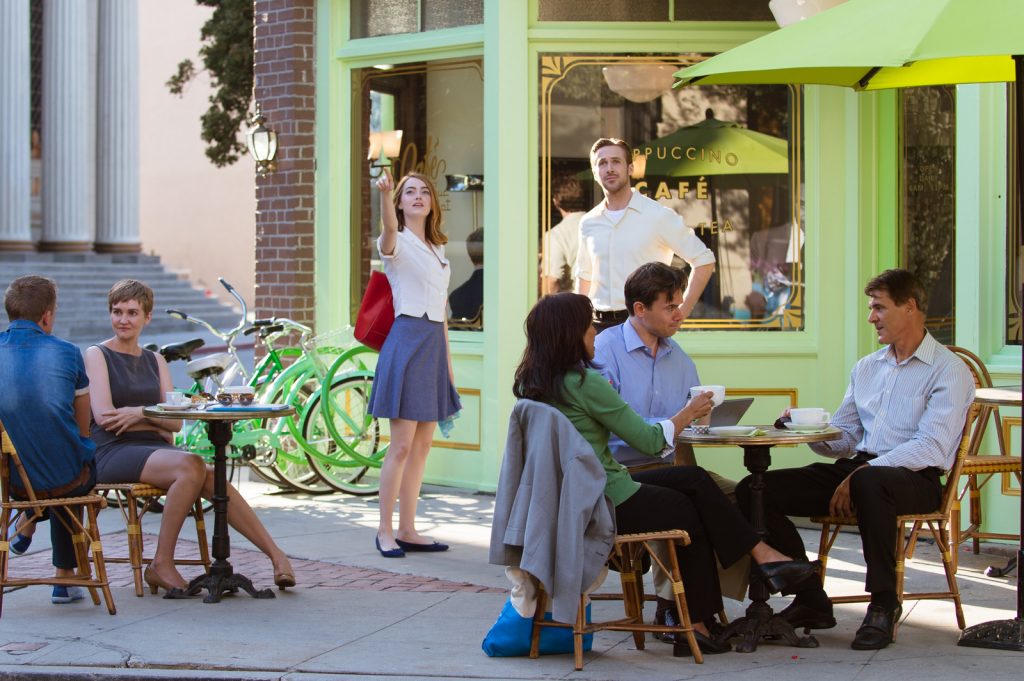 I love a bit of innovative marketing and corporate synergy as much as the next person. In celebration of this year’s award season, Warner Bros. Studio Tour Hollywood will spotlight Lionsgate’s Oscar nominated film, La La Land, as a limited addition to the tour. From Feb. 18 to March 6, 2017, guests can find themselves in a scene from the film as they step onto the ‘Café Sur Le Lot,’ coffee shop set, which has been carefully reconstructed. I’m actually going to be in LA next month for Wondercon and can’t wait to see this in person.

Warner Bros. Studio Tour Hollywood was a recipient of Trip Advisor’s Travelers’ Choice Awards and has been recognized as one of the Top 25 Attractions in the United States. A tour visit includes a rare look inside many of the film’s production and backlot areas which were also used in the creation of Academy Award Best Picture winners Argo and Casablanca.

Tour guests will explore the iconic 110-acre studio as well as the innovative Stage 48: Script to Screen. The interactive soundstage offers guests the unique opportunity to explore the full film and television production process and the glory of awards season. Guests explore the Archive, which currently showcases the tour’s latest addition, From J.K. Rowling’s Wizarding World: The Harry Potter and Fantastic Beasts Exhibit offering an up-close look at how J.K. Rowling’s Wizarding World has been brought to life over the past 15 years.

The Archive also includes DC Universe: The Exhibit which pays homage to the origins of DC Comics, including original comic books featuring all seven Super Heroes of the Justice League. Additionally, guests can explore authentic props and costumes from Batman v Superman: Dawn of Justice and Suicide Squad. Guests also stop by the Prop Department, which features one of the largest selections of rare antiquities and modern furniture made by custom wood furniture makers, rugs, drapery, lighting and hand props from Hollywood’s golden era, followed by the Picture Car Vault, home to some of Batman’s most famous vehicles.

Warner Bros. Studio Tour Hollywood is open Monday through Sunday, 9:00AM to 3:00PM, with studio tours departing every 30 minutes and extended hours offered during the summer, spring-break and winter holiday seasons. Reservations are recommended and all children eight years or older are welcomed. Regular tickets are $62 per person and can be purchased online at www.wbstudiotour.com or by calling 818-977-TOUR (8687).