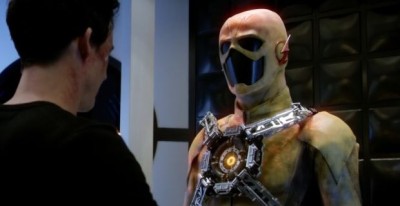 Things aren’t looking good for Dr. Harrison Wells – Barry and Joe have shared their belief that he’s the Reverse-Flash and Cisco has been having flashes from the alternate timeline in which Wells killed him.

As the tension mounts proving Wells’ nefariousness comes closer – and with the appearance of Gorilla Grodd in the offing – The CW has released a new video in support of The Flash’s (Tuesdays, 8/7C) final three season two episodes. Check it out after the jump.