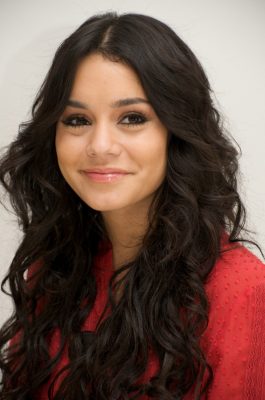 Vanessa Hudgens has been selected to be the first recipient of Teen Choice’s #SeeHer Award for ‘pushing boundaries on changing stereotypes and embodying the fight for realistic female portrayals in media.’

The award is given in partnership between FOX and the Association of National Advertisers (ANA).

Fox Broadcasting Company (FOX) has partnered with the Association of National Advertisers (ANA) to present TEEN CHOICE’s first-ever #SeeHer Award to Vanessa Hudgens. Currently a judge on FOX’s SO YOU THINK YOU CAN DANCE, Hudgens will be honored for pushing boundaries on changing stereotypes and embodying the fight for realistic female portrayals in media. The star-studded, two-hour TEEN CHOICE 2017 airs LIVE Sunday, Aug. 13(8:00-10:00 PM ET live/PT tape-delayed) from University of Southern California’s Galen Center on FOX.

Spearheaded by the ANA, the largest marketing and advertising association in the United States, the mission of the #SeeHer campaign is to lead a movement to accurately portray all women and girls in all forms of media – from TV to digital to advertising – so that, by 2020, they see themselves reflected as they truly are. This marks the first time that a #SeeHer Award will be awarded at TEEN CHOICE.

Hudgens serves as a judge on SO YOU THINK YOU CAN DANCE, airing Mondays (8:00-10:00 PM ET live/PT tape-delayed) on FOX, and began her work in musical theater at a young age, in shows such as “The Wizard of Oz,” “The King & I,” “The Music Man” and “Cinderella.” In 2015, she made her Broadway debut, starring in the title role of the beloved Academy Award- and Tony Award-winning film and stage musical “Gigi.” In 2016, she starred in FOX’s GREASE: LIVE, which was nominated for 10 Emmy Awards and won five, the most ever for a Special Class program. In 2010, Hudgens won the ShoWest Award for “Female Star of Tomorrow.” Her film credits include “Thirteen” and “Spring Breakers.” Her television credits include “High School Musical” and the action comedy “Powerless,” set in the DC universe.

Tickets for TEEN CHOICE 2017 at the Galen Center are now on sale to the general public at galentix.com/.

About the #SeeHer Initiative

Despite the strides made to accurately portray women and girls in media, an unconscious bias persists against women and girls in advertising, media and programming. The Association of National Advertisers (ANA) Alliance for Family Entertainment (AFE) launched the #SeeHer initiative in June 2016 in a joint partnership with The Female Quotient, after the White House announced the elimination of gender bias in media as critical to the nation’s future. The #SeeHer Initiative mission is to accurately portray all women and girls in media by 2020, the 100th anniversary of women winning the right to vote. For more information, visit www.SeeHer.com, follow us on Facebook, Instagram and Twitter.

About the Association of National Advertisers (ANA)

The ANA (Association of National Advertisers) provides leadership that advances marketing excellence and shapes the future of the industry. Founded in 1910, the ANA’s membership includes more than 1,000 companies with 15,000 brands that collectively spend over $250 billion in marketing and advertising.  The membership is comprised of more than 700 client-side marketers and nearly 300 associate members. The ANA advances the interests of marketers and promotes and protects the well-being of the marketing community. For more information, visit www.ana.net, follow us on Twitter or join us on Facebook.