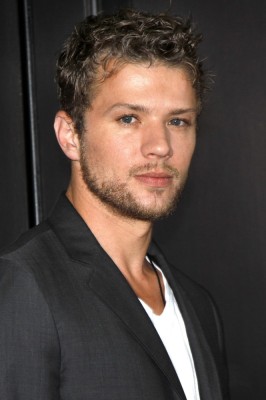 Phillippe is a producer on the project and will star as Bob Lee Swagger, an off-the-grid former Marine sniper who is coaxed into action to thwart the killing of the President.  Ultimately double-crossed and framed for the attempt, he must call upon all the skills he acquired as a decorated Marine sharpshooter to avoid capture while hunting down and exposing the traitors who set him up.

SHOOTER is an action series whose central elements are the ingenuity and courage of a U.S. veteran and the military training and background that sustain him as he fights a sophisticated conspiracy.

Phillippe most recently appeared on television in “Secrets and Lies” where he starred opposite Juliette Lewis.  Previously, he was seen on “Damages” playing Channing McClaren in the acclaimed drama’s final season.  Most recently, Phillippe co-wrote, produced and starred in “Catch Hell,” which marks his directorial debut.  The story follows an actor abducted while on location and is inspired by true events.  Recent film credits include his role opposite Matthew McConaughey and Marisa Tomei in “The Lincoln Lawyer,” Steven Silver’s “The Bang Bang Club,” Clint Eastwood’s “Flags of Our Fathers” and “Breach” starring opposite Chris Cooper.

Phillippe can also be seen in, Paramount’s war-drama, “Stop-Loss,” alongside Joseph Gordon-Levitt and Channing Tatum, “MacGruber” with Will Forte and Kristen Wiig and box office smash hits; “I Know What You Did Last Summer,” “Cruel Intentions” and “54” with Mike Myers.  Phillippe is repped by WME and MGMT. Entertainment, and David Weber at Sloane, Offer, Weber and Dern.

Hlavin is repped by UTA, Tom Lasally at 3 Arts and attorney Karl Austen.

USA Network, the leader in cable entertainment, offers a powerful stable of dramatic, comedic and unscripted originals in more than 102 million U.S. homes.  The network also features spectacular live television, a dynamic portfolio of acquired series and the best in blockbuster theatrical films and entertainment events.  A trailblazer in digital innovation and storytelling, USA is defining, driving and setting the industry standard for Social TV.  USA is a program service of NBCUniversal Cable Entertainment, a division of NBCUniversal. The award-winning website is located at http://www.usanetwork.com.  Watch USA Network anywhere: On Demand, online or across mobile and connected TVs