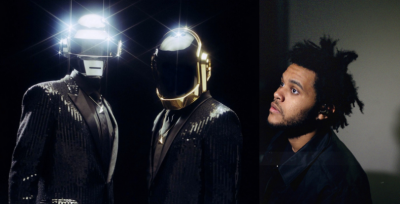 One of the most compelling aspects of the Grammy® Awards is the way artists combine their talents in the live show.

GRAMMY® MOMENTS SET WITH PERFORMANCES BY MAREN MORRIS AND ALICIA KEYS, ANDERSON .PAAK JOINING A TRIBE CALLED QUEST AND DAVE GROHL, AND THE WEEKND WITH DAFT PUNK, ON “THE 59TH ANNUAL GRAMMY AWARDS®,” FEB. 12 ON CBS

Two-time GRAMMY winner The Weeknd is nominated as a featured artist on Beyoncé’s Lemonade.