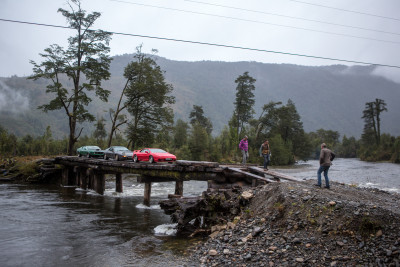 The usual habitat for a Porsche 928, a Lotus Esprit and a Ford Mustang is the civilized world of tarmac, but in the hands of Jeremy, Richard and James, these three sports bred machines face swamps, deserts, forests, beaches and ski slopes as they try to get to the southernmost city in the world, in order to stage an epic game of car soccer against Argentina. Along the way there are broken bones, epic backdrops, mechanical calamities and cows, plus a climax that wasn’t exactly the one that was expected.