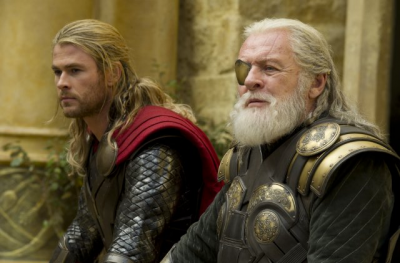 I watched 20 minutes of Thor: The Dark World at a couple of events earlier this year and thought that the early footage looked ok, but lacked something. Now that I’ve seen the entire finished film I know what it is – polish. When you see early footage, lack of polish and finished CGI is acceptable but in a finished product? Not really.

Granted the theater the screening was held in always has some sort of issues, but can I really blame the theater for the really terrible audio mix that at times I could barely hear and the amateurish, choppy 3D and CGI work? The last Thor had lousy 3D as well.  Even with all of these technical issues, I walked away thinking I really loved this movie and that, somehow, on Blu-ray it’ll be better.

As someone who obsesses over having the “perfect” big screen experience, I was surprisingly able to ignore the sloppy aesthetics because I just loved the world of Thor that Marvel has built and that is because of the superb cast. 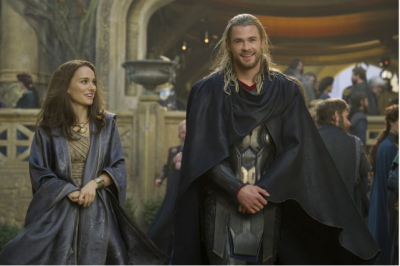 The movie suffers from being a bit too serious but you can’t deny the chemistry between the wonderfully evil and sarcastic Loki (Tom Hiddleston) and his brother Thor (Chris Hemsworth) or Thor’s relationship with the all too human Jane Foster (Natalie Portman).

I love watching fish out of water situations. Jane’s reaction to being on Asgard was fun, she had just the right amount of awe and seeing her interact with Odin (Anthony Hopkins) and Thor’s mother Frigga (Rene Russo) was good stuff.  I love Sif (Jaimie Alexander), can we please have a Sif movie? Jaimie was fantastic on Smallville, I think she could really pull off her own feature.

I’m not even going to tell you what the convoluted plot was about because frankly, I was thoroughly confused. It had something to do with Dark Elves returning from the dead and wanting to use some sort of dark myst that attached itself to Jane to destroy the world when a 5,000 year old, mythical convergence happens. It feels like a committee of 6 wrote it.  I won’t ask where the heck were the Avengers when another Alien came to earth, as a friend said, “Iron Man was off fighting the Mandarin, who knows what everyone else was doing.” 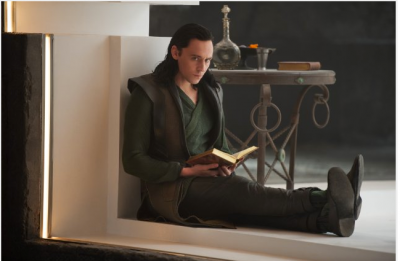 Director Alan Taylor (mostly known for being a TV Director, granted that TV included several episodes of the cinema like Game of Thrones) does a great job with pacing, but the action sequences aren’t as spectacular or innovative as a film with this kind of budget should have, it is the quiet moments where the movie shines. This cast meshes so well together, even the inclusion of a pointless new Intern and Jane’s friend Darcy (Kat Dennings) gave the sometimes too serious film needed levity.

Hiddleston is great as always as Loki, but he’s dangerously close to becoming overused, while it would be criminal for him not to be in the 3rd installment, I would like to see them take a break from Loki.

Thanks to a solid script and cast Thor: The Dark World works surprisingly well, despite the annoying technical issues by a Director who apparently wasn’t ready for this kind of responsibility.