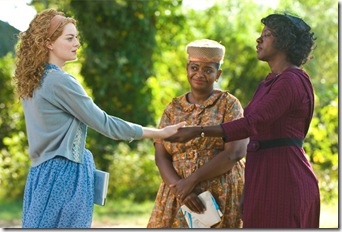 First-time director Tate Taylor, working from his own screenplay, makes a pretty big splash with The Help. Since I haven’t read Kathryn Stockett’s novel, I can’t say how faithful the movie is, but I can say that it will make you laugh and cry – and you will not believe that its running time is almost two-and-a-half hours. You may even feel like applauding – like the audience at the screening I attended.

One thought on “The Help Is an Unexpected – If Wonderful – Summer Surprise!”