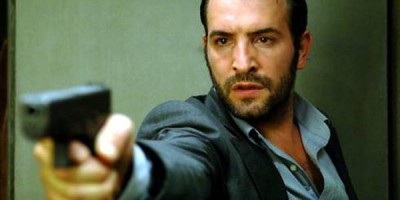 In look, feel, and tone – as well as subject – The Connection is a companion piece to William Friedkin’s classic The French Connection as it follows former juvenile magistrate Pierre Michel (Jean Dujardin) from dealing directly with young victims of the drug trade to actually being in a position to fight the organized crime behind it.

Magistrate Michel is eager to begin and then gets the facts of life explained to him – The French is too well organized. It has every conceivable vice sewn up in ways that look completely legal on the surface. The police know who the boss is – Gaetano Zampa (Gilles Lellouche) – but there’s nothing that ties anything to him – it’s so bad that it’s even pointless to tail him.

Meanwhile, the boss and his lieutenants have a meeting. The Americans want to buy – big. In minutes, the transaction is planned – the mule, the supplier, a location for a lab. One guy asks about the new magistrate – he worries because new guys are always so overly zealous. The boss pooh-poohs the idea.

What follows is a film that captures the essence of a much larger story by reducing it down to the story of Michel and Zampa.

Even as Michel begins to discover just how corrupt law enforcement and local government are in Marseille, Zampa finds himself dealing with internal strife and unexpected competition. Both men, on the other hand, have supportive wives – Zampa perhaps a bit moreso than Michel, but then, Christiane Zampa (Mélanie Doutey) is considerably more spoiled than Jacqueline Michel (Céline Sallette). And, of course, neither spouse is unfamiliar with worrying about her husband.

With The Connection, director/co-writer Cédric Jimenez has fashioned a seventies-type crime story with deliberate pacing punctuated by bursts of violence – sometimes unexpected, sometimes foreshadowed, making it difficult for the audience to get a precise feel for where the film is going.

He makes use of period technology (dial phones!) and music (French covers of These Boots Were Made For Walkin’, Call Me, and the like mixed with a few English hits by more familiar artists, like Al Wilson and Blondie) to create authenticity. Even the mournful Townes Van Zandt tune, Waitin’ Round To Die, seems perfectly appropriate.

The cinematography is also very seventies-like thanks to Laurent Tangy. There’s a lot of handheld that produces slightly rough movement in wide shots and a sense of breathiness in mid-range shots and some close-up work. There are even a few shots using dutch angles, giving a slight noir feel – even in the bright sunlight of Marseilles.

Dujardin and Lellouche are superb as the leaders of opposing forces. Both show great composure and occasional moments of doubt in very organic ways. The differences between the two men are also highlighted by the way others react to them – outside of the small circle of his lieutenants, Zampa is feared; Michel gets the tip that allows him to make real progress from a junkie he had worked with as a juvenile magistrate.

In an odd way, the one thing, spouses aside, that the two men have in common is a lack of respect for the rules. Zampa operates within a set of rules that he’s established for his business – most of which ignore niceties like legality – while Michel bends, and even breaks the rules when it becomes apparent that game is rigged in Zampas’ favor.

Some will say that, even with the complexity of the characters and events, The Connection is too simplistic. Some said that of The French Connection. Rather, The Connection gives us the essentials and refuses to get too baroque, too large.