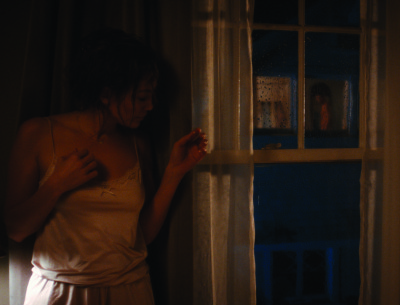 Plot: An about to be divorced woman, Claire Peterson (Jennifer Lopez, Out of Sight, Parker), has sex with a nineteen-year future student, Noah Sandborn (Ryan Guzman, Pretty Little Liars) – knowing that he will be attending the school where she teaches. Following the one-night stand and her getting it together enough to inform him the night was a mistake that must not be repeated, he goes all stalkery on her – leading to pain, humiliation and death.

The script, by first-time feature writer Barbara Curry, is leaden, depth-free and, ultimately unintentionally hilarious. There’s a key moment with an engine block that I was surprised to see did not bear the brand Acme Novelty Co.

Noah tries to turn Noah against his dad; plasters photocopies of him and Claire all over her classroom, and does take kindly to being expelled by Vicky.

Though the movie comes in a relatively tidy 90 minutes, it felt like twice that.

I know it’s early in the year, but we may have just seen our first potential multi-Razzie-nomination title – not that it’ll matter. The Boy Next Door was shot on a microbudget – if it makes it to double-digit millions, it’ll turn a tidy profit.