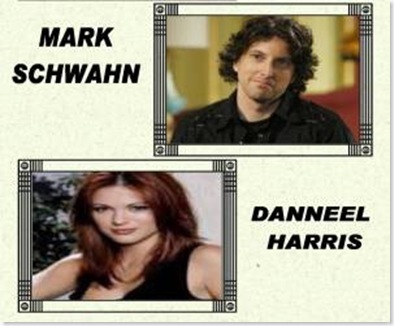 “It’s interesting that you say it was rumored that Rachel might return last season,” Schwahn says when this is mentioned to him in our interview. “because one of the themes that is surfacing this season on the show is the dangers of rumor, gossip and innuendo.  He says that the reason her return for season six stayed only a rumor was because they had always had specific ideas on how and why Rachel would return to the world of One Tree Hill.  “Those stories wouldn’t have fit in Season 6.” He says was the bottom line.

This is not first time that the character and the actress have returned to the series. Both came back to One Tree Hill for a two episode arc in season 5 which took place four years after the characters had all graduated from Tree Hill High and moved on in their lives. In her dramatic return, fans and viewers find out that Rachel Gattina had been working for Brooke as model in her fashion design company but due to issues with drugs had been fired. Brooke then finds Rachel in a trashed out apartment overdosed on heroin and saves her friend, only to be seemingly repaid by Rachel once again disappearing only this time so has a large amount of cash belonging to Brooke leaving the question swirling around of did she or didn’t she take the money.

So we asked Mark Schwahn what prompted the idea for return of Rachel Gattina for season seven with a larger story arc that is currently set to span over seven episodes and how much influence, if any the fans who wanted Rachel/Danneel back on the show had in all of this.

“Although it’s always nice to be able to give our fans what they want,” he says speaking fondly of the loyal following that One Tree Hill has, “but the decision to have Rachel return was driven by story.  We had great stories to tell for her and a point of view for the character which is what predominantly led to the return of Rachel.”

Intrigued by this, I asked Mark if he could elaborate a little bit more on the storyline for Rachel Gattina in season seven and what dynamics the producers/writers were looking forward to her presence adding to the series again.

“We’ve talked about the different scenarios that might bring Rachel back to One Tree Hill and one in particular kept presenting itself,” Mark Schwahn says elaborating as much as possible while still remaining cryptic on what that exact scenario is.  “I pitched it to Danneel and she responded enthusiastically.  Fortunately she was available and excited to return and we’re excited to have her back”

We tried our best to get the whole scoop from Mark, but I guess fans and viewers are just going to have to wait to see what unfolds for the beautiful Ms. Gattina in season seven

One last thing was on our mind here at EM, as I think it is on the minds of fans and viewers who have been waiting for Rachel Gattina/Danneel Harris to come back to One Tree Hill: Is there a possibility that Rachel might be in season seven for more than just the seven episode arc that has been reported?

“It’s One Tree Hill so there’s always a possibility of ANYTHING happening,” Mark Schwahn told us with a laugh. Then continuing on with the whole being cryptic thing he adds, “we’ll see.  If I had to guess, I’d say it’s fairly likely, yes.”

Stay tuned EM readers as the next installment brings you our exclusive interview with the lovely and very busy Ms. Danneel Harris who talks to us about returning to One Tree Hill, working on The Back Up Plan with Jennifer Lopez, meeting back up with an old friend while working on The Roommate and who she has in her life right now that she thinks is ‘awesome’.