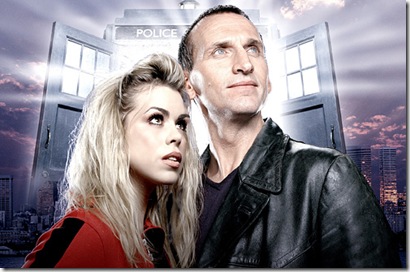 The last Time Lord meets the last Dalek – and Rose won’t let him kill it. We learn about the Time War between the Daleks and the Time Lords and realize that Rose may be emotionally as tough as The Doctor. One of the eps cooler ideas: a rich human creates a museum of alien artifacts for himself and uses alien technology to his own ends. This may be the first time we’ve seen a human capable of torturing a Dalek [scary thought!].

8. The Girl in the Fireplace

Four episodes into the Tenth Doctor’s run and he’s falling in love with Reinette [Sophia Myles] and struggles to save her from assassination by clockwork automatons. Their romance doomed because of the rates of time between where he is [on a spaceship called the S.S. Madame de Pompadour, 3000 years in the future] and where she is [18th Century Versailles]. The only access between the two places and times is the fireplace in her bedroom. Action, suspense, robots and broken hearts make for an involving episode. 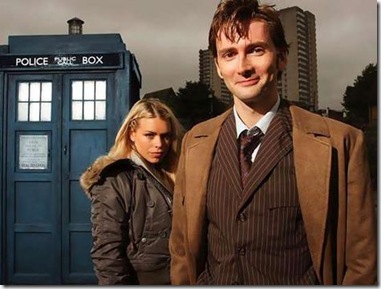 The first genuinely creepy, horror-based adventure of the rebooted series, the two-parter finds The Doctor and Rose following an unknown time travel device to World War II England – where Rose is overwhelmed by the dashing Captain Jack Harkness [John Barrowman] and The Doctor discovers a group of children who have been horribly mutated and become capable of great power. For all intents and purposes, Torchwood was born here.

7. Silence in the Library/Forest of the Dead

The Doctor and Donna materialize in an enormous, empty library – that appears to exist inside a little girl’s mind! Things are both precisely and yet not exactly as they seem, as they are soon joined by a group of time travelers – one of whom knows far more about The Doctor than she should. One of the trippiest adventures of Doctor Who [and that’s saying a lot!]

6. The Sound of Drums/Last of the Time Lords

The return of The Master [John Sim] – need I say more? By using the identity of Harry Saxon, The Master becomes Prime Minister of England, a position he uses as a springboard to take over the planet. The Doctor and Captain Jack meet Martha’s mother – to The Doctor’s regret. As with Bad Wolf in series one, the appearance of the Saxon character has been set up, unobtrusively, since the beginning this series. 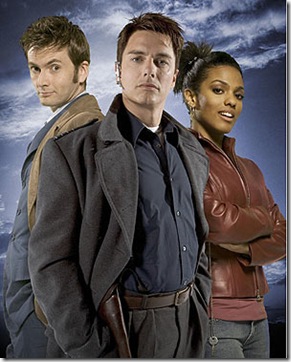 The best horror story of the series to date. With The Doctor lost in time, it falls to an average young woman called Sally who works in a record shop to solve the puzzle of where her best fried has disappeared to – and how to put some unusual DVD bonus materials together to save him. All this and she must not let herself be turned to stone by a race of seeming statues called The Weeping Angels in the meantime. The most inventive Doctor Who ep of the new series – written to allow for minimal screen time for David Tennant, who got a bit of time off following the more labor-intensive two-parter he’d just finished filming prior to Blink. Written by Steven Moffat, the new showrunner for Doctor Who.

The Cybermen take over the Earth by infiltrating torchwood and converting humans to Cybermen. Then the Daleks arrive on the scene! War between the Cybermen and the Daleks – no matter who wins, Earth loses. Unless The Doctor and Rose [and, oddly enough, Mickey] can pull an inter-dimensional rabbit out the hat. Grand, bombastic and surprisingly intimate, Whovians got The Doctor’s two nastiest enemies and a final scene between Rose Tyler and The Doctor that caused the strongest of them to break out the tissues. 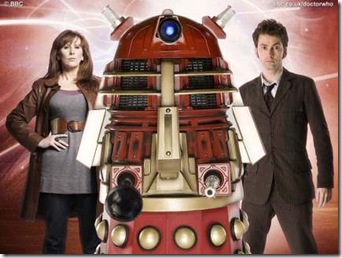 2. The Waters of Mars

Of the five final Tenth Doctor specials, The Waters of Mars is second only to the two-parter that followed it. The Doctor found himself on Bowie Base One, the first Mars base, on the very date that the base’s crew had to die – it was one of those “fixed moments in time” of which he has spoken before [one of which is Captain Jack Harkness]. Despite his every intention, The Doctor is pulled into the lives of the crew as ancient Martians begin possessing their bodies through water buried deep beneath the planet’s surface. His basic decency is, briefly, overwhelmed by his ego and he attempts to change this fixed moment, but time takes a course correction – denying him in the face of what would have been his greatest accomplishment.

The Master [John Sim] returns and a device falls into his hands that can heal, or change, entire planets depending on its programming. The Doctor learns that the drums in The Master’s head are real – not a product of insanity – and that there is a reason, beyond belief, for those drums. Plus, the return of the Time Lords and the prophesied death of the Tenth Doctor – plus reappearances of all the companions of Doctors Nine and Ten, and the first twenty seconds of Doctor Eleven [Matt Smith]. In the end, the Tenth Doctor dies not because of some grand battle, or some unexpected betrayal, but because he has regained his basic decency and saves one last life. A fitting and wonderful end for David Tennant’s run as the Tenth Doctor.