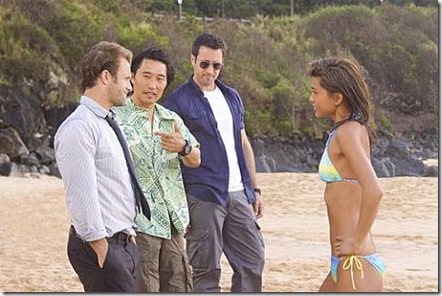 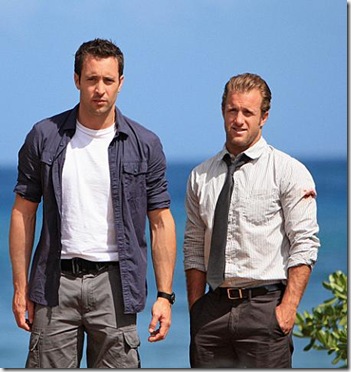 Hawaii Five-0 is a contemporary take on the classic series about a new elite federalized task force whose mission is to wipe out the crime that washes up on the Islands’ sun-drenched beaches. Detective Steve McGarrett (Alex O’Loughlin), a decorated Naval officer turned cop, returns to Oahu to investigate his father’s murder and stays after Hawaii’s governor persuades him to head up the new team: his rules, her backing, no red tape and full blanket immunity to hunt down the biggest "game" in town. Joining McGarrett is Detective Danny "Danno" Williams (Scott Caan), a newly relocated ex-New Jersey cop who prefers skyscrapers to the coastline but is committed to keeping the Islands safe for his 8-year-old daughter; and Chin Ho Kelly (Daniel Dae Kim), an ex-Honolulu Police Detective wrongly accused of corruption and relegated to a federal security patrol, who is also a former protege of McGarrett’s father. Chin’s cousin, Kono (Grace Park), is a beautiful and fearless native, fresh out of the academy and eager to establish herself among the department’s elite. McGarrett vows to bring closure to his father’s case while the state’s brash new Five-0 unit, who may spar and jest among themselves, is determined to eliminate the seedy elements from the 50th state. 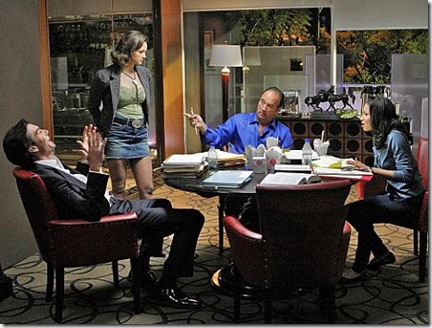 The Defenders stars Jim Belushi and Jerry O’Connell in a comedic drama about two colorful Las Vegas defense attorneys who go all-in when it comes to representing their clients. Nick and Pete are the local go-to guys with an eclectic client list who are still looking to hit their own jackpot. Leading the law firm of Morelli & Kaczmarek are Nick Morelli (Belushi), an earnest, hard-charging attorney who represents his clients to the best of his ability, no matter how big or small the case, and his partner, Pete Kaczmarek (O’Connell), whose passion for the law is matched only by his love of fast cars, beautiful women and expensive clothes. Joining them in their growing law practice is new associate Lisa Tyler (Jurnee Smollett), an enthusiastic young attorney looking to put her exotic dancing days behind her; and their young assistant, Sophie (Tanya Fischer), a spunky and sweet ingenue who is eager to please her bosses. As Lady Luck shines on their legal careers, the partners have their hands full when it comes to their personal lives. While Pete is busy cruising the Vegas Strip for his latest romantic conquest, Nick is focused on repairing his fractured marriage to his estranged wife, Jessica (Gillian Vigman), while remaining present in the life of their young son. No matter the offense, Nick and Pete aim to prove that when the stakes are high they’re willing to bet the house on the clients they defend in Sin City. 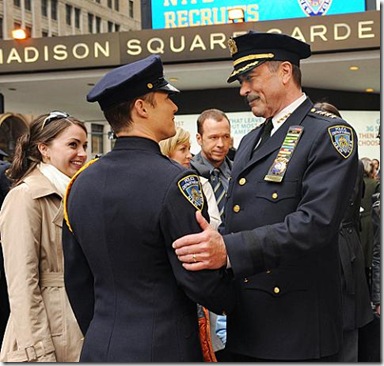 Blue Bloods is a drama about a multi-generational family of cops dedicated to New York City law enforcement. Frank Reagan (Tom Selleck) is the New York Chief of Police and patriarch of the Reagan brood, which he heads as diplomatically as he does the force, even when dealing with the politics that plagued his unapologetically bold father, Henry (Len Cariou), during his stint as Chief. A source of pride and concern for Frank is his eldest son Danny (Donnie Wahlberg), a seasoned detective, family man and Iraqi War vet who on occasion uses dubious tactics to solve cases. The sole Reagan woman in the family, Erin (Bridget Moynahan), is a N.Y. Assistant D.A. and newly single parent, who also serves as the legal compass for her siblings and father. Jamie (Will Estes) is the youngest Reagan, fresh out of Harvard Law and the family’s golden boy. However, unable to deny the family tradition, Jamie decided to give up a lucrative future in law and is now a newly minted cop, a career change seemingly supported by his beautiful girlfriend, Sydney Davenport (Dylan Moore), a first year lawyer. Jamie’s life takes an abrupt turn, however, when he’s asked to become part of a clandestine police investigation even his father knows nothing about, and one that could impact the family’s legacy. 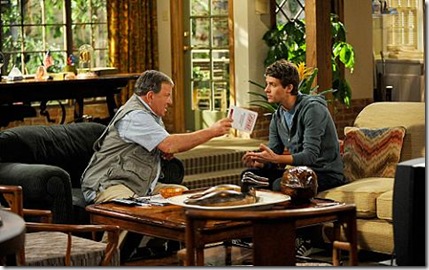 $#*! My Dad Says, based on the popular Twitter feed by Justin Halpern, stars Emmy Award winner William Shatner as Ed Goodson, a forthright and opinionated dad who relishes expressing his unsolicited and often wildly politically incorrect observations to anyone within earshot. Nobody is immune from Ed’s rants, including his sons, Henry, a struggling writer-turned-unpaid blogger; and Vince (Will Sasso), the meek half of his husband/wife real estate duo with domineering Kathleen (Nicole Sullivan). When Henry finds he can no longer afford to pay rent to his pretty roommate — and secret admirer — Sam (Stephanie Lemelin), Ed reveals a soft spot and invites Henry to move in with him. Henry agrees, knowing that the verbal assault will not abate and now there will be no escape. Describing their father/son relationship is tricky – but Ed will easily come up with a few choice words. 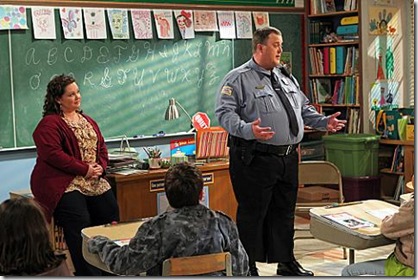 Mike & Molly is a comedy from Chuck Lorre (Two and a Half Men, and The Big Bang Theory) about a working class Chicago couple who find love at an Overeaters Anonymous meeting. Officer Mike Biggs (Billy Gardell) is a good-hearted cop who sincerely wants to lose weight. Mike’s partner, Officer Carl McMillan (Reno Wilson), is a thin, fast-talking wise-guy, who despite his teasing encourages Mike on his road to slimness and romance. While speaking at an O.A. meeting, Mike meets Molly Flynn (Melissa McCarthy), an instantly likeable fourth-grade teacher with a healthy sense of humor about her curves. For Molly, focusing on smart choices isn’t easy because she lives with her sexy older sister, Victoria (Katy Mixon), and their mother, Joyce (Swoosie Kurtz), both of whom flaunt their healthy appetites and slender figures. Mike also faces temptation at the diner he and Carl frequent, where they’ve become friends with the Senegalese waiter, Samuel (Nyambi Nyambi), who finds trying to eat less a foreign concept. For Mike and Molly, thanks to their mutual love of pie and the desire to resist it, finding each other may have been worth the "weight."

Criminal Minds Spin-Off stars Academy Award-winner Forest Whitaker in a drama about an elite team of agents within the FBI’s Behavioral Analysis Unit who use unconventional methods of investigation and aggressive tactics to capture the nation’s most nefarious criminals. Unit chief Special Agent Sam Cooper (Whitaker) is a mentally and physically fierce natural leader who is not afraid to put his career on the line in order to stand by his convictions. Cooper strives to avoid political bureaucracy and has handpicked an eclectic group of profilers to work outside the confines of Quantico: Former British Special Forces soldier Mick Rawson (Matt Ryan), confident and handsome, works as a highly-skilled marksman with an undiluted eye for rooting out evil; John "Prophet" Sims (Michael Kelly), a former convict with a street-smart edge and a calm, Zen-like presence, who is determined to make amends for past sins; and Gina LaSalle (Beau Garrett), an attractive, tough agent armed with a cunning sense of perception. This exceptional group of FBI operatives is strong in their beliefs and steadfast in their mission to bring the country’s most dangerous criminals to justice.