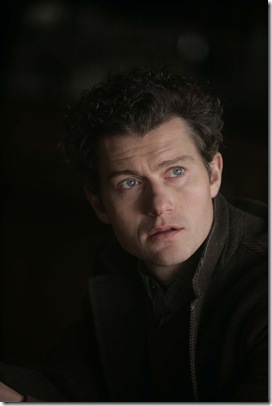 AMC is getting a reputation for taking their time and getting it right when they greenlight an original series. It was true for Mad Men and it was true for Breaking Bad – each of which has won multiple Emmys. Now, AMC is announcing that production will begin on its third original series, Rubicon, in New York City, on March 29th. Rubicon, which stars James Badge Dale [The Pacific, The Departed] is described as being a conspiracy thriller. Details from the press release follow the jump.

Rubicon is an incredible story about trust and power born out of the desire to find a way to capture the intensity and mystery of the best conspiracy thrillers in a series. It is a show that appeals to everyone who has some skepticism about the relationship between big business and our government, which we think is pretty much everybody.

Rubicon’s pilot was produced in New York City and was directed by acclaimed film and television helmer Allen Coulter (The Sopranos, Hollywoodland, Damages, Nurse Jackie). Henry Bromell is executive producer, and Kerry Orent (Michael Clayton, Rescue Me) is co-executive producer of the series.