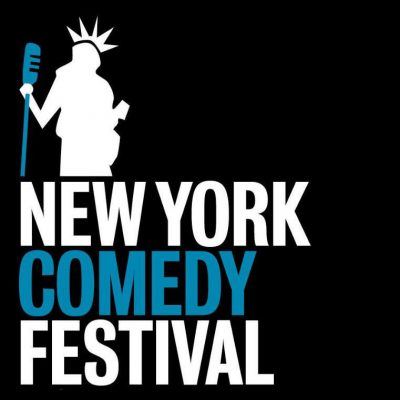 TBS is partnering with the New York Comedy Festival to ‘amplify the week-long comedy event that will run Tuesday, Nov. 7, through Sunday, Nov. 12, 2017, with over 200 comedians performing in more than 60 shows in the most prestigious venues across New York City.’

The network will also ‘create a variety of digital and linear content initiatives’ and more – Conan O’Brien will also return to the New York comedy Festival to host a week of CONAN live from the Apollo Theatre. Details follow the break.

Cable’s #1 Entertainment Network to Play Major Role in NYCF,
With a Week of CONAN at the Apollo, Appearances by TBS Talent,
Linear, Digital & Social Activations and More

Turner’s TBS is partnering with the New York Comedy Festival (NYCF) to amplify the week-long comedy event that will run Tuesday, Nov. 7, through Sunday, Nov. 12, 2017, with over 200 comedians performing in more than 60 shows in the most prestigious venues across New York City.

Through this new deal, TBS will activate unique transmedia fan experiences throughout the festival, create a variety of digital and linear content initiatives, and explore development opportunities with the next fresh voices in the comedy space. TBS will also integrate its top talent, starting with Conan O’Brien, who is set to return to New York during NYCF for a week of CONAN episodes taped at the legendary Apollo Theatre.

“The New York Comedy Festival gives us an incredible chance to support the best and brightest in comedy, as well as showcase the growing chorus of original voices at TBS,” said Michael Engleman, executive vice president of entertainment marketing & brand innovation for TBS and TNT. “The festival is simply a great place to create and celebrate fandom and the perfect environment to provide our collective fans with a more immersive connection to our brands.”

“TBS is at the forefront of comedy initiatives, and we are thrilled to begin working with them and taking the festival to new heights,” said Caroline Hirsch, owner of the New York Comedy Festival and Carolines on Broadway. “Partnering with TBS will provide us with new opportunities to present the very best comedic talent across multiple platforms and bring additional creative components to the festival, while finding new ways to engage with fans and audiences.”

About the New York Comedy Festival