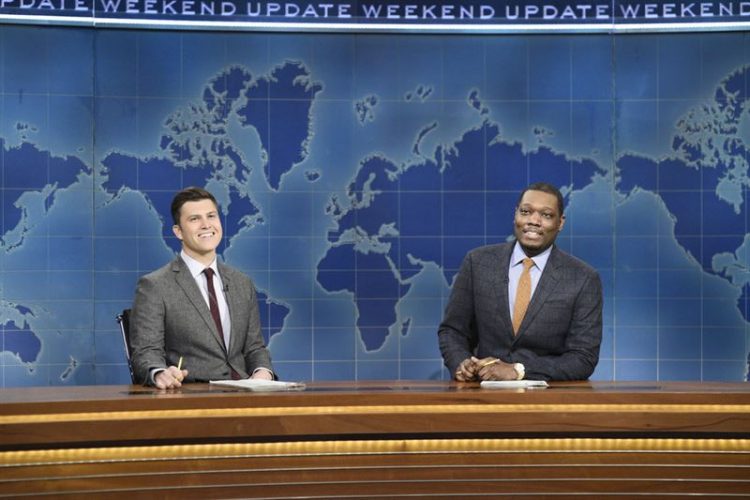 Saoirse Ronan will host the first of three new episodes of Saturday Night Live leading up to the show’s Christmas hiatus. Ronan will host on December 2nd. Musical guests will be U2.

Ryan Gosling, whose film Blade Runner 2049 opens on October 6th, will host the 43rd season premiere of Saturday Night live. It will be his second time as host. Wonder woman’s Gal Gadot and Silicon Valley’s Kumail Nanjiani will host in weeks two and three.

The 2017 Emmy Awards Nominations were announced this morning and there were some noticeable absences – Game of Thrones, Orphan Black and Twin Peaks were not eligible. Even without Game of Thrones, HBO still collected 110 nominations, while Netflix nabbed 91 – and on a surprising note, Saturday Night Live and This Is Us led […]

As the end of the 42nd season of Saturday Night Live comes to an end, the show has seen a noticeable boost in its profile thanks in part to the quirks of the Trump administration. Guest stars like Melissa McCarthy and Alec Baldwin have made regular appearances throughout the season that have helped propel viewership […]

For the first time in its storied history, Saturday Night Live will air live in all time zones, nationwide. The show will be broadcast live simultaneously across the country for its final four shows of the season — April 15, May 6, 13 and 20. Hosts for the four remaining Season 24 episodes will beL Jimmy […]

NBC’s Saturday Night Live is enjoying its highest rated season in years. Blame it on the election – it’s been like shooting fish in a barrel… YUGE fish! On Monday, November 7th, you can take what will hopefully not be your last chance to laugh uncontrollably before the election as NBC presents the 2016 SNL Election […]