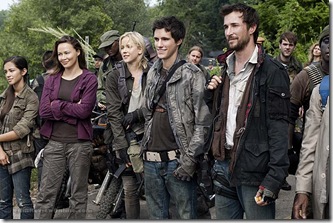 END_OF_DOCUMENT_TOKEN_TO_BE_REPLACED

The Closer, which continues to rank as ad-supported cable’s #1 series of all time, will return for its seventh season. Rizzoli & Isles, which currently ranks as cable’s #1 new series for the year-to-date, will return for a second season. Leverage, which is performing exceptionally well in its new Sunday timeslot, will be back for a fourth season. TNT has ordered 15 episodes each of The Closer and Leverage, along with 13 episodes of Rizzoli & Isles, with all three slated to start their new seasons in 2011. END_OF_DOCUMENT_TOKEN_TO_BE_REPLACED