When she vaults to the role of lead dancer, Olga, the previous lead, breaks down and accuses the company’s female directors of being witches. As rehearsals intensify for the final performance of the company’s signature piece, Susie and Madame Blanc grow strangely close, suggesting that Susie’s purpose in the company goes beyond merely dancing.

Meanwhile, an inquisitive psychotherapist trying to uncover the company’s dark secrets enlists the help of another dancer, who probes the depths of the studio’s hidden underground chambers, where horrific discoveries await.’

While being pretty straightforward, the synopsis merely hints at Suspiria’s horrors (not to mention its boring bits).

It takes more than half-an-hour before we begin to see the supernatural aspects of Suspiria – when Susie dances and it has a rather stunning side effect (a body horror sequence that would warm David Cronenberg’s heart).

Up until then, we’ve been meeting the characters and learning their situations – beginning with Patricia Hingle (Chloë Grace Moretz).

The film opens with Patricia running from something and seeking refuge with her psychotherapist, Dr. Josef Klemperer (Lutz Ebersdorf – a Swinton pseudonym) – where she babbles on and on about them being out to get her. They’ve taken her hair, urine and eyes…

Klemperer is, of course, of the opinion that she’s delusion.

Things work out that as Patricia is vanishing/vanished, Young America Susie arrives – her audition impressing the great Madame Blanc, who has stepped in to see her audition.

Before long, Susie is dancing lead in a difficult piece and the supernatural grabs hold of the film with that supernatural body horror sequence I mentioned above. 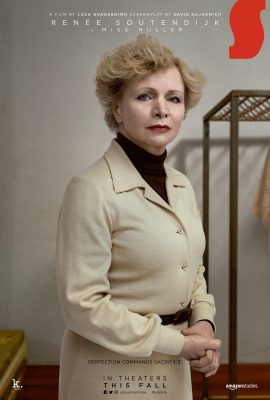 In between the three or four major horror sequences, though, there are long stretches that are meant to be ambiguous – are they dreams/nightmares or real events?

These ambiguous segments are interspersed with segments that are meant to be real – but after an hour-and-a-half, it’s awfully hard to tell which is which. 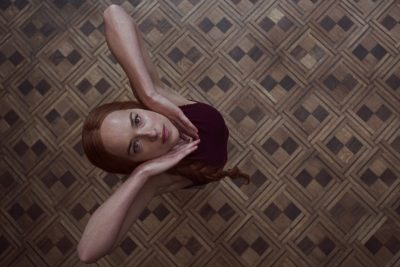 Guadagnino may have been using Suspiria to strike a blow for women’s power – the alleged victim, the new girl and the teachers at the school are all powerful in their own ways.

A brief Sequence with two police Dr. Klemperer asked to investigate the missing Patricia further builds us awareness of their power.

Outside of the few of the body horror sequences, though, Guadagnino’s Suspiria is just too long to really work – not when it’s long action-free stretches don’t really add to a deeper understanding of our characters.

Put this one on the rental or pay cable queue.