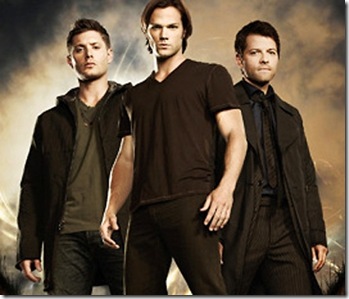 As Supernatural comes up on its season seven premiere on the CW Network this Friday at 9PM (EST), there is a lot of positive mainstream media buzz surrounding the long running action/thriller series. According to reports, Supernatural, which stars Jared Padalecki and Jensen Ackles as the monster hunting/demon fighting brothers Winchester, is receiving more media attention than some series on bigger networks; even more buzz than Glee according to what we’ve been hearing. Supernatural has come a long way to reach that level of success and attention; like the perilous lives of the Winchesters, the road to Supernatural’s success is paved with missteps and with ‘cliffhangers’, as they often waited ‘on the bubble’ for news of renewal.

Six seasons ago, Supernatural premiered on the now defunct WB Network with two relatively unknown actors in the lead roles and having been created by screen writer Eric Kripke; whose major credit up to that point was the horror movie, Boogey Man. This combination however served to create a unique and fascinating series. Sam and Dean Winchester and their black ’67 Chevy Impala ‘muscle car’ loaded with weapons, immediately found a devoted fan following that tuned into the series every week; never losing track of it even through network and airing night changes. Those same fans led an internet campaign to promote the series and rally around it. In those early years, bloggers and online journalists were the biggest form a media promotion for Supernatural as it steadfastly made its way along the path to where it is now; a long running, successful series for Warner Brothers and The CW Network.

Series stars Jared Padalecki and Jensen Ackles are now moderately well known outside of the circle of Supernatural fans and viewers; they, along with the series itself, is now capturing the attention of bigger media ‘fish’ in the pond known as entertainment reporting. More than that, Supernatural hit some major marks by scoring a cover on TV Guide by winning the magazine’s first ever ‘Fan Favorite Poll’ last year. Now, Sam & Dean Winchester and Castiel have joined the hallowed ranks of Captain Kirk, Indiana Jones and Doctor Who; all three Supernatural characters were honored in SFX Magazine as part of the ‘Top 100 Icons of Scif-Fi & Fantasy of the 21st Century’ reader’s poll making it a trifecta inclusion for the series.

[After the article, be sure to leave us your thoughts on the ranking the Supernatural characters received. There’s a prize involved for one lucky, randomly chosen comment.] 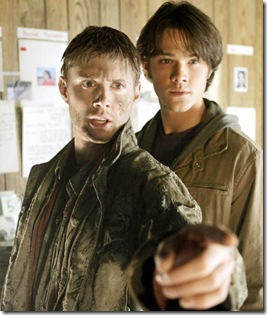 One thing I am pretty certain of is that everyone who likes to watch Supernatural, be it as just a viewer or as a fan, is draw to the show because of the amazing on screen working chemistry between Jared Padalecki (Sam Winchester) and Jensen Ackles (Dean Winchester). The combination of these two talented actors brings the totally dysfunctional but unbreakable bond of brotherly love between their characters to life. The viewers and fans believe in Sam and Dean because Padalecki and Ackles believe in them as well.  This in turn makes the stories more compelling to watch. The other thing that makes Supernatural worth watching is the storytelling itself. Even when the episodes weren’t at their best or characters were introduced that didn’t work as well as hoped, it was always evident that the writers, directors and producers cared about the show and the integrity of the characters of the brothers Winchester.

In season four, the Supernatural writers and creator shook up things a bit by adding the recurring character of Castiel; an angel sent from heaven to bring Dean Winchester’s soul out of his torment in hell before his soul could be irreparably corrupted. For the role of Castiel, they chose actor Misha Collins who, with his piercing blue eyes and handsome face, added to the character’s presence of angelic beauty. More than that, Collins has a working on screen chemistry with Jensen Ackles and Jared Padalecki that enhanced the aspects, both comedic and dramatic, of the different dynamics Castiel had with each brother; growing friendship with Dean and increasing animosity with Sam. Those dynamics are about to undergo a huge change as Castiel, imbued with power of all the souls released from purgatory, moves from being an angel to declaring himself the new God.

All indications are that Supernatural season seven is going to be the roughest one yet for Sam and Dean Winchester, not to mention Castiel coming face to face with the truth in the old adage ‘absolute power corrupts absolutely’. Yet no matter what happens to them, all three of them have earned a ranking in 2011 Edition of SFX Magazines ‘The 100 Top Sci-Fi Icons of the 21st Century’. 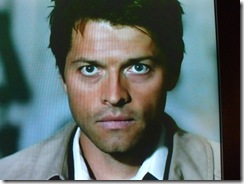 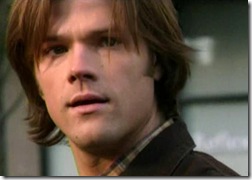 I have to admit I was a little surprised to find that Sam and Dean weren’t close in ranking as Icons. Instead, Sam and Castiel were neck in neck in the rankings.

Sam Winchester rated #68(pg 32) and they state one of the reasons as being “Sam’s wise beyond his years, a better hunter with each season that passes and the soulful, emotional tentpole the entire show is based on.”

Do  you agree or disagree? Where would you have ranked Sam Winchester and why?

Do you agree? Where would you have ranked Castiel and why? 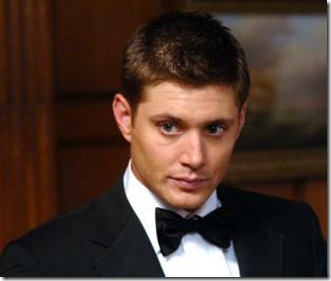 Dean Winchester made it all the way into the top ten of a very impressive pack of competitors by ranking at #9(pg108) and the main reason they gave was “In spite of his devil may care attitude, Dean values family above all else. He understands the stakes of what he and Sam fight for and over the course of six seasons, has shown a willingness to sacrifice everything he holds dear, giving up his shot at a family and going to hell and back (literally) to save Sam’s soul.

Do you agree? Where would you rank Dean and why?

All in all the placing of the characters and why was interesting to read, but I would like to point out to the editors of this SFX issue that had they done a little more research into the actors behind the roles of Sam and Dean Winchester, they would have noted that Jensen Ackles qualifies for more than one Icon status. According to their rules for this (pg 128), actors who play other roles in the universes belonging to other characters on the ranking list qualify for icon status for those roles as well.

No matter where the magazine ranks the men of Supernatural, fans and viewers have ranked it high on their ‘to watch’ list for the past six seasons and now anxiously await the premiere of season seven this Friday at 9PM EST on the CW Network.