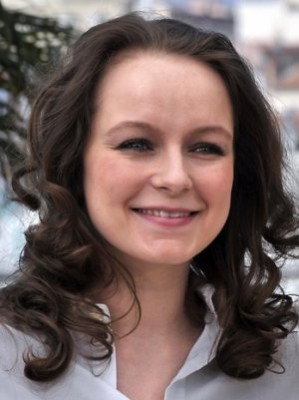 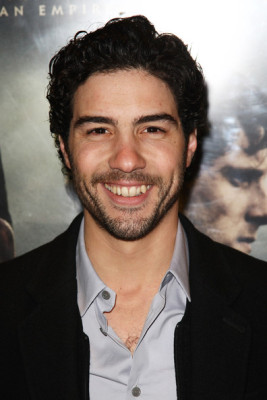 SundanceTV has joined crime Series The Last Panthers as co-producer along with Sky Atlantic and CANAL+. The six-part series is inspired by the actions of the notorious Balkans jewel thieves, The Pink Panthers.

The series stars Samantha Morton, Tahar Rahim, Goran Bogdan and John Hurt and is planned for a Spring 2016 premiere. Details follow the jump.

COMMISSIONED BY SKY ATLANTIC AND CANAL+, SUNDANCETV HAS COME ON BOARD AS A CO-PRODUCER

Cannes, France – October 5, 2015 – THE LAST PANTHERS, a six-part crime series, will air in the spring of 2016 on SundanceTV in the U.S. Commissioned by Sky Atlantic and CANAL+, SundanceTV has come on board as a co-producer of the series. THE LAST PANTHERS stars two-time Academy Award® nominee Samantha Morton (Minority Report, Longford), French César Award winner Tahar Rahim (A Prophet, The Past), Goran Bogdan (We Will Be The World Champions, Na terapiji) and BAFTA and Golden Globe® Award winner actor John Hurt (Midnight Express, Elephant Man). Joint distribution is handled by STUDIOCANAL and Sky Vision. The opening title music is by legendary artist David Bowie.

THE LAST PANTHERS is the latest to join SundanceTV’s line-up of acclaimed international series, including recently announced co-production CLEVERMAN from Australia, the upcoming season two of the International Emmy®-winning THE RETURNED which debuts on Halloween night, DEUTSCHLAND 83, which launched to critical acclaim in June 2015, and many more. Sky will premiere THE LAST PANTHERS on Nov. 12, launching simultaneously across all five markets in which Sky operates, the UK, Ireland, Italy, Germany, and Austria. CANAL+ will also premiere in France later this year.

Based on real events inspired by the notorious Balkan jewel thieves, THE LAST PANTHERS has been selected as the official MIPCOM 2015 World Premiere TV Screening, Mon., 5 Oct. in Cannes. Produced by Haut et Court TV (The Returned) and Warp Films (Southcliffe), THE LAST PANTHERS (6 x 60) is set in modern day Europe gripped by new forms of crime on an epic scale. Based on an idea by French journalist Jérôme Pierrat, and co-created and written by Jack Thorne (Skins), the series is directed by Johan Renck (Breaking Bad).

“We’re so proud to partner with the world-class team behind THE LAST PANTHERS,” said Christian Vesper, SVP of international programming, development, acquisitions and co-productions, SundanceTV. “This series has incredible energy and high-stakes drama that we are confident will connect with our SundanceTV audience, and further expand our slate of high-quality, original series from around the globe.”

ABOUT THE LAST PANTHERS

THE LAST PANTHERS opens with a daring diamond heist bearing all the hallmarks of a gang known as the Pink Panthers. But the tragic death of a little girl during the raid sets a collision course in motion involving a British insurance agent, a French-Algerian cop and a Serbian diamond thief. THE LAST PANTHERS plunges the audience into a modern day Europe gripped by new forms of crime on an epic scale. The interplay between traffickers in jewels and drugs, European officials, war criminals and city bankers impact every one of us in ways we cannot foresee.