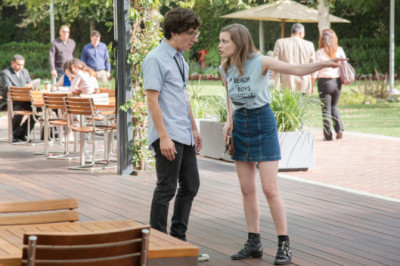 Judd Apatow – he the master of the crude with heart movie – has a an original series coming from Netflix (it’s already been given a two-season order). Love stars Gillian Jacobs and Paul Rust.

While the accompanying tagline with the trailer really doesn’t give away much – the teaser is very different. Love premieres its 10-episode first season on February 19th.

They’ve had plenty of romantic misses. But when a jaded Angeleno meets a nerdy guy, they may figure out this “love” thing. A Netflix Original Series by Judd Apatow.

Only on Netflix – February 19
http://www.netflix.com