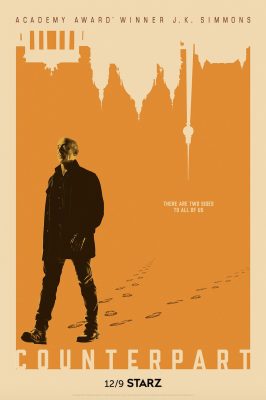 Season Two finds Howard and his counterpart getting to live out these questions. With the Crossing closed and each of them stranded in the other’s world, they have to adapt for survival. Howard Prime takes on his other’s life: going to his job, living in his home…with his wife. Howard Alpha is locked in a mysterious black site known as Echo, cut off from everyone he knows. As a cold war escalates between worlds and deepens a fickle divide, both men find themselves growing increasingly like the other.