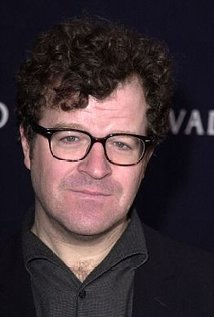 Beverly Hills, Calif. – February 15, 2017 –Starz, with the BBC, will co-produce the limited series “Howards End,” based on the classic E.M. Forster novel. Academy Award®-nominated screenwriter and playwright Kenneth Lonergan (Manchester by the Sea, Gangs of New York, You Can Count on Me) brings the beloved novel from the page to the screen in his first television adaptation. Hettie Macdonald (“White Girl”) will direct the four hour-long episodes that will air on BBC One in the UK and STARZ in the U.S.

Executive produced by Playground in association with City Entertainment and KippSter Entertainment, this four-part limited series explores the changing landscape of social and class divisions in turn of the century England through the prism of three families: the intellectual and idealistic Schlegels, the wealthy Wilcoxes from the world of business, and the working class Basts.

“Starz continues our commitment to bring quality drama to the screen with ‘Howards End’ and we’re delighted to once again work in partnership with the BBC and Colin Callender on this literary period piece,” said Carmi Zlotnik, President of Programming for Starz.

Lucy Richer, BBC Executive Producer, says, “Kenneth Lonergan is one of our truly great contemporary voices, and his adaptation of this adored timeless classic will surprise and delight a whole new audience with its timely and relevant themes.”

“Howards End” will film in and around London. Starz retains all US multiplatform pay TV rights as well as worldwide multiplatform distribution rights to “Howards End.” BBC retains UK television rights. Rights to use the original novel as source material for the limited series were acquired from Jonathan Sissons at Peters, Fraser & Dunlop, on behalf of the Forster Estate. Senior Vice President of Original Programming Karen Bailey serves as the Starz executive in charge of “Howards End.”

Playground is a New York and London based television and theatre production company founded in 2012 by Emmy, BAFTA, Tony and Golden Globe award-winning producer Colin Callender. It is committed to producing smart, entertaining drama for the screen and the stage bringing together the finest US and UK talent from the worlds of theatre, film, and television.

Playground has produced over 50 hours of prime time television drama garnering 15 Emmy nominations, 20 BAFTA nominations, including 5 wins, and 12 Golden Globe nominations, including a Golden Globe win for Best Miniseries. Recent productions include the Emmy-nominated and BAFTA, Golden Globe and Peabody Award winning six-part miniseries adaptation of Hilary Mantel’s Wolf Hall starring Mark Rylance, Damian Lewis and Claire Foy for the BBC and Masterpiece, RTS winning and Golden Globe and BAFTA-nominated television adaptation of Ronald Harwood’s The Dresser starring Ian McKellen and Anthony Hopkins and directed by Richard Eyre for the BBC and Starz, and The White Princess, the upcoming limited series for Starz drawn from the bestselling book by Philippa Gregory.

City Entertainment’s Emmy and Golden Globe winning producing team of Joshua D. Maurer and Alixandre Witlin, whose film and television dramas have garnered over 32 Emmy and 7 Golden Globe nominations and awards, currently has over 50 hours of motion picture and television in active development, earning a reputation as one of Hollywood’s foremost producers of historical and literary adaptations. Recent credits include: Amazon Prime’s new drama series “The Last Tycoon”, “Papillon” starring Charlie Hunnam and Rami Malek for Red Granite, “Rosemary’s Baby” for NBC, “Jodi Arias” for Lifetime, “Rubicon” for AMC, “Georgia O’Keeffe” for Lifetime, “The Hoax” for Miramax, “And Starring Pancho Villa as Himself” for HBO, “The Pentagon Papers” for FX, “Introducing Dorothy Dandridge” for HBO, and “Dodson’s Journey” for CBS.

Founded in 2012, KippSter Entertainment was formed with an eye towards producing content based on best-selling literary material, non-fiction and history, as well as original material. The company currently has a slate of over a dozen projects in various stages. Currently in production is the episodic drama series THE LAST TYCOON for Amazon. Based on the last, unfinished novel by F. Scott Fitzgerald, the series stars Kelsey Grammer, Matt Bomer and Lily Collins and will premiere on Amazon Prime in summer 2017. KippSter also produced the NBC four hour mini-series ROSEMARY’S BABY based on Ira Levin’s best-selling novel. The re-imagined take on Levin’s novel starred Zoe Saldana and was directed by award-winning director Agnieszka Holland.