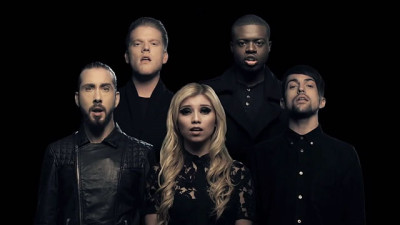 The 2015 American Music Awards, hosted by Jennifer Lopez, will be broadcast live on Sunday, November 22 (8/7C) on ABC. For further details, follow the jump.

Jennifer Lopez Will Host the Live Broadcast on SUNDAY, NOVEMBER 22nd at 8:00 p.m., ET on ABC

Since bursting onto the scene in 2011, Platinum-selling recording artists Pentatonix have sold more than 2.1 million albums in the U.S. alone, won a Grammy Award, sold out venues worldwide, have amassed over 1.1 billion views on their YouTube channel with over 9.2 million subscribers and appeared in the feature film “Pitch Perfect 2.” Their latest release, Pentatonix, debuted at #1 on the Billboard Top 200 and Current Albums Chart. The first single, “Can’t Sleep Love,” is rising up the charts and has over 13 million views on YouTube. The group also just released an enhanced deluxe version of their Platinum-selling holiday album, That’s Christmas To Me.

All 7 of their releases have peaked within the Top 5 on Billboard’s Digital Albums Chart with 6 of those releases reaching the Top 10 or higher on the Billboard Top 200 Album Chart. Most recently, the group received 2 gold certifications for their “Daft Punk” medley and cover of Imagine Dragons’ “Radioactive” ft. Lindsey Stirling. Their 2014 holiday album, That’s Christmas To Me, sold more than 1.2 million copies in the U. S., which was the 4th best-selling album of 2014. The group released their very first documentary (“On My Way Home”), which follows the quintet on their sold-out 2015 North American Tour, featuring behind-the-scenes footage, life performance and the making of their debut studio album, Pentatonix.

To help fans express their passion and excitement for the show, the American Music Awards and Twitter are launching custom Twitter emojis for all performers. All performers will have featured Twitter emojis to celebrate their appearances as they are announced. Viewers will be able to activate the Twitter emojis by Tweeting any of following hashtags from today through the end of the show on November 22:

For a full list of nominees please visit http://www.theamas.com/2015-nominees/

The American Music Awards winners are voted entirely by fans. There are three key voting windows:

For more information on how to vote, please visit http://www.theamas.com/vote/voting-faq/

As always at the American Music Awards, artists will be honored in the genres of Pop/Rock, Alternative Rock, Country, Rap/Hip-Hop, Soul/R&B, Adult Contemporary, Contemporary Inspirational, Latin, EDM, Soundtrack, New Artist of the Year Presented by Kohl’s, Song of The Year, Collaboration of the Year Un-leashed by T-Mobile and Artist of the Year.

American Music Awards nominees are based on key fan interactions as reflected in Billboard Magazine and on Billboard.com, including album and digital singles sales, radio airplay, streaming, social activity and touring. These measurements are tracked by Billboard and its data partners, including Nielsen Entertainment and Next Big Sound. The data covers the reporting period of September 15, 2014 to September 13, 2015.

Preceding the ABC broadcast for the 7th-consecutive year will be the “Coca-Cola Red Carpet LIVE! @ The 2015 AMAs” pre-show. Live coverage will stream online for fans worldwide starting at 5:00 p.m., ET / 2:00 p.m., PT on November 22nd at Yahoo, this year’s official digital distributor of the American Music Awards pre-show. The live stream can also be watched at TheAMAs.com and ABC.com.

Cheat Tweet: Very special @starwars moment to happen at @TheAMAs with a performance by @PTXofficial: bit.ly/AMAsNews

To search the American Music Award database for past winners (1974 – 2015) please visit: http://www.theamas.com/winners-database/