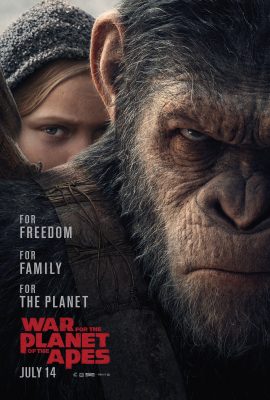 In every trailer for War for the Planet of the Apes, there are glimpses of a little blonde girl who travels with Caesar’s arny of apes.

This new trailer introduces us to Nova – how she got her name; how she came to be traveling with the apes.

If apes and humans are to not wipe each other out, she might just be reason.