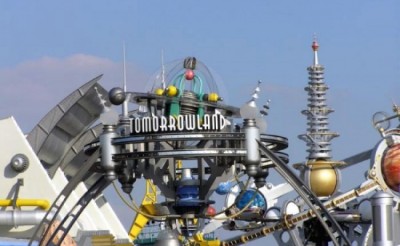 Brad Bird’s new movie, Tomorrowland, jut released a trailer at the 2014 New York Comic Con. The clip features Britt Robertson (Under The Dome) picking up her personal effects at a police station (suggesting an unexpected stay at public expense?) when she notices something that’s definitely not hers.

Written by Damon Lindelof, Tomorrowland stars also George Clooney. Check out the curious and intriguing trailer after the jump. Tomorrowland will be in theaters on May 22, 2015.