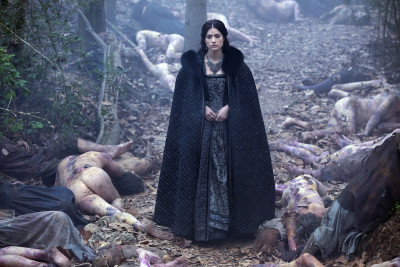 The Grand Rite has been completed and plague is threatening Salem. Cotton Mather (Seth Gabel) has been confined to Boston; John Alden (Shane West) is being healed by the nearby native tribe; Mercy Lewis (Elise Eberle) has created an army of children of the poor and is challenging Mary Sibley (Janet Montgomery) in an attempt to become leader of the witches, and Mary is busy trying to garner the support of cradle witch Anne Hale (Tamzin Merchant) while also trying to persuade the Elders to let her son (Oliver Bell) stay with her – while also trying to ascertain which side her servant Tituba (Ashley Madekwe) is on.

Into this simmering broth of politics, ethics, magic and early science comes a mysterious woman known only as Your Grace (Lucy Lawless) – at least for the season premiere – an enormously powerful witch of unspecified origin whom we first see, very briefly, in Boston. 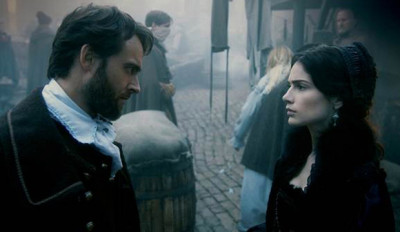 And then there’s Dr. Samuel Wainwright (Stuart Townsend) who believes that modern medicine can cure the plague – if only he can find its origin point and first victim – which we know is Isaac Walton (Iddo Goldberg).

Salem is a complex show with a lot of intriguing recurring themes that are relevant even now – men versus women, science versus magic, order versus chaos, the costs/benefits of ethics, the nature of friendship, love and loyalty.

Over its first season, Salem built up relationships and situations by showing us the contrast between them – Mary became a witch because John went off to war and she could not have his baby without ruining herself and her family; John went off to war because George Sibley put him in a position where he could not stay in Salem; Mary and Magistrate Hale fought for control of the witches, Ann fought with her father over the secrets he kept from her, and so forth.

In the season two premiere, Cry Havoc, every action that occurs builds on the layers that have been built up over the first season. Mary, having consolidated her leadership by season one’s end, now finds herself being challenged by her protégé, Mercy – while Tituba’s allegiance seems… variable. 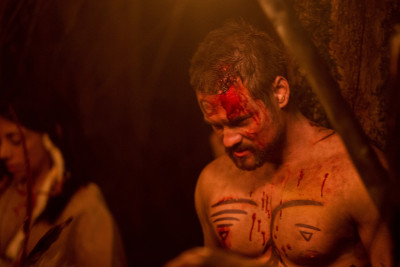 John, who forced to flee his home over trumped up charges of witchcraft, seeks aid to return to Salem to destroy every last witch; Mercy has her army of children and is ready to make her move against Mary, et cetera. The returning characters all have good reason to act in the ways they do.

Then to shake things up, we have the arrival of Countess Marburg (the powerful witch who was unnamed in the premiere) and the good doctor – each bringing new trials for the beleaguered city of Salem with them.

Cry Havoc is almost an explosion of action and emotion – even the quieter scenes pulsate with barely controlled energy. Creators Brannon Braga and Adam Simon have clearly followed the Scandal/Sleepy Hollow model of throwing caution to the winds when burning through a ton of story, yet maintaining the careful development of characters.

Nick Copus directs with that same kind of hell-bent-for-leather urgency, yet giving the most important quieter moments their emotional due. Calling his style muscular would be an understatement – Copus delivers the premiere with all kinds of panache.

Cry Havoc sets up the factions and gets Salem’s Witch War off to a stunning start.