Entertainment News for The Rest of Us
Sheldon Wiebe
Blu-Ray, DVD 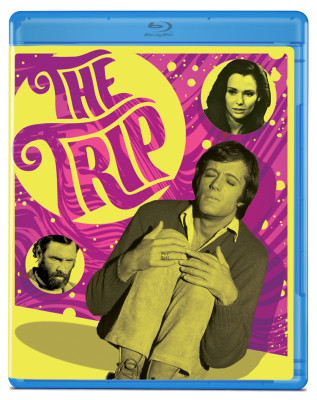 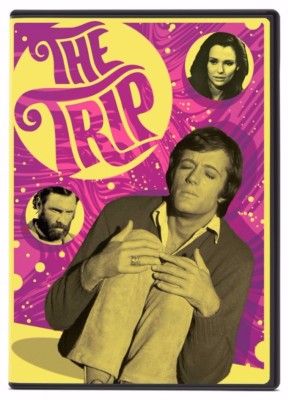 The Trip looks at drug use, free love and spirituality in a way that made it a counterculture icon – especially coming out the same year as Jimi Hendrix’s Are You Experienced album. Between the two, they marked an initial high point in psychedelia.

Written by Jack Nicholson and directed by Roger Corman, The Trip stars Peter Fonda and Susan Strasberg and introduced unique elements – like strobe lights synchronized to the camera’s frame rates – to create the characters’ hallucinations in camera.

The Trip – in its original, uncensored form, will be in stores on March 22nd. For further details, follow the jump.

CHICAGO, IL – Olive Films, a small company dedicated to bringing independent, foreign, and classic films to life, is excited to announce the titles that are slated for a Blu-ray/DVD release on March 22, 2016. These titles include 1967’s controversial drug film The Trip, which is surrounded by fascinating stories of filmmaking and censorship.

“The Trip functions today as an importnat relic of countercultural thought and the rise of The New American Cinema,” said MArketing Director Bradley Powell. “Its themes surrounding drug use, free love, and spirituality, while existing in new iterations, most certainly linger on today. Seeing as the film debuted the same year as Jimi Hendrix’s first LP, a fitting question to ask yourself when discussing this cult classic is: Are You Experienced?”

In The Trip, director Roger Corman brings us on a psychedelic, acid-fueled odyssey, written by Jack Nicholson and starring Peter Fonda, Bruce Dern, Dennis Hopper, and Susan Strasberg. To prepare for the film, the entire cast and crew (excluding Bruce Dern) drove to Big Sur and took LSD together. The film brilliantly shows us the characters’ hallucinations through in-camera techniques rather than in post-production. Some of these techniques include strobe lights altered to synchronize with the cameras’ frame rates, lights shone through dishes of dye and watch-crystals, and leftover props reused from Corman’s earlier films.

Studio censorship inflicted significant anti-drug changes upon The Trip, a film that the artists intended to be a non-judgemtnal tale of drug exploration. At the film’s beginning, American International Pictures added scrolling text that branded the film as a warning about the dangers of experimental drug use. In an additional change, they added a black crack over Fonda’s face in the final image, leaving the impression of LSD “shattering” his psyche. With these alterations, they hijacked the film’s theme of a tolerant exploration and turned it into a judgmental warning.

Still, its depiction of drugs proved so sensational that it received further trouble from the censors, especially in the UK, where it was banned until 2003. The Olive Films Blu-ray and DVD will not feature the beginning advisory text nor the cracked screen. In that way, it will be closer to the artists’ original intentions.