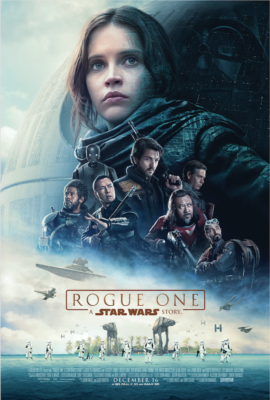 As promised, here’s the new Rogue One trailer…

ROGUE ONE: A STAR WARS STORY is in theatres December 16 in 3D, RealD 3D and IMAX 3D!